I've just arrived home from another great & inspiring trip to the Canadian Rockies.

It was brutally cold when I first arrived with temperatures around -20/-25 & the ice too brittle and hard to climb anything steep let alone keeping yourself warm. Thankfully after the first day on the ice it warmed up considerably & gave for some fantastic conditions.

A climber on the high on the 2nd pitch of Carlsberg Column, Field BC 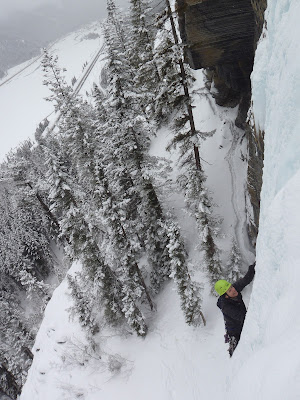 David seconding the 2nd pitch of Carlsberg Column, Field BC
We spent the most part in Field BC staying in a great little self-catering basement suite at the Mount Stephen Guesthouse. It was a perfect find situated on Kicking Horse Ave, super close to all the classic beer climbs of Field. It had all the essentials of a warm base with compfy sofa's to relax in, a great drying room and a good size kitchen for all our cooking, which in reality was generally some sort of pasta dish! 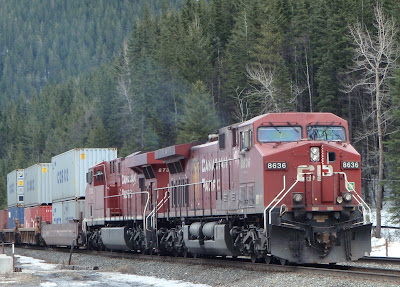 A Canadian Pacific train passing through Field BC
Field was established in the 1880's as a settlement of shacks & tents to house construction workers for the new Canadian Pacific Railway (CPR). The CPR greatly influenced the development of the area by building hiking trails, hotels, chalets & guide houses to attract the wealthy tourists who helped fund construction of the railway. To stimulate tourism, Swiss guides were employed to guide clients up some of the previously innaccessible peaks of the area. 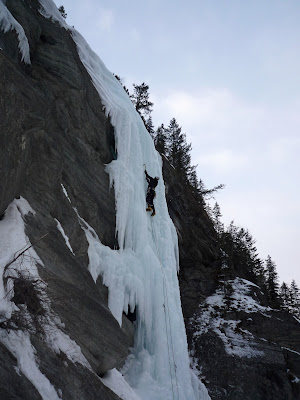 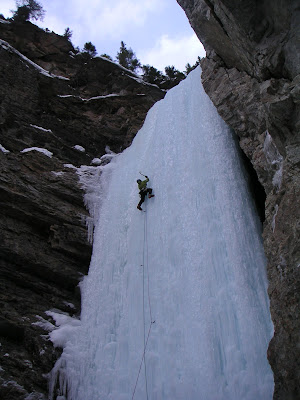 Me leading Cool Spring, Field BC 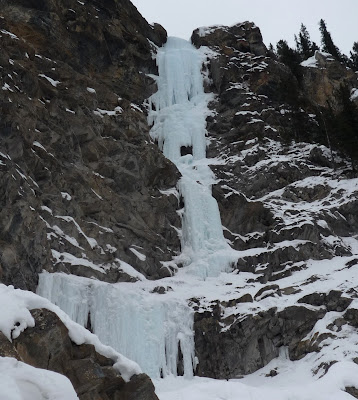 The 2nd half of the classic Superbok, Field BC 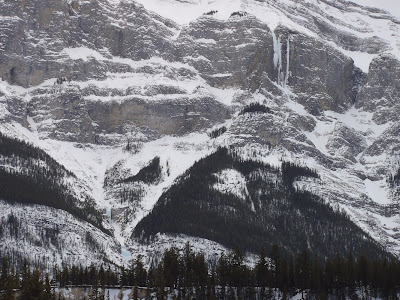 A view of the Classic Professors Falls low down on the left & the awesome Trophy Wall high on the cliffs up and right, Banff Alberta 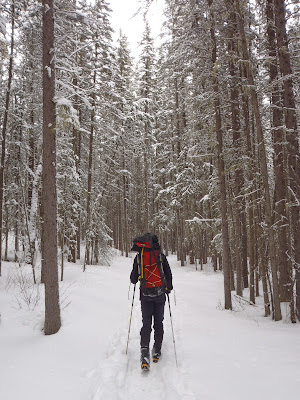 Heading through a classic Rockies Montane Ecoregion on the way into Professors Falls, Banff Alberta.
The Montane Ecoregion is the smallest in the Banff National Park making up only 3% of the total area of the Park.
The area is characterized by forests of Douglas Fir, Trembling Aspen & Lodgepole Pines.

A climber high on the 4th pitch of Professors Falls, Banff Alberta 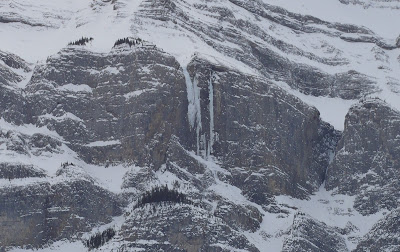 The awesome Trophy Wall, Banff Alberta
Left to right - Terminator which isn't fully formed, The skinny pillar of The Replicant in the middle & the classic Sea of Vapours which is formed on the right. 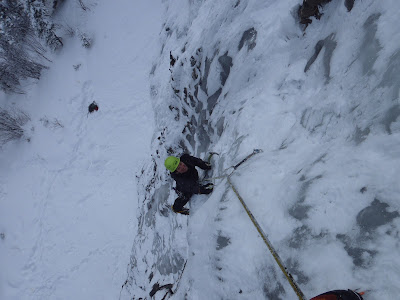 The classic Moonlight in Evan-Thomas Creek down in Kananaskis Alberta 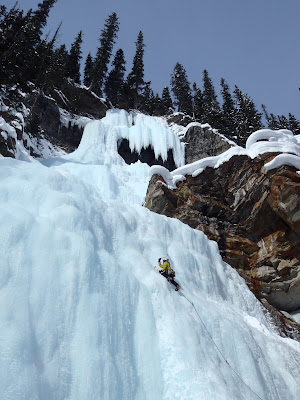 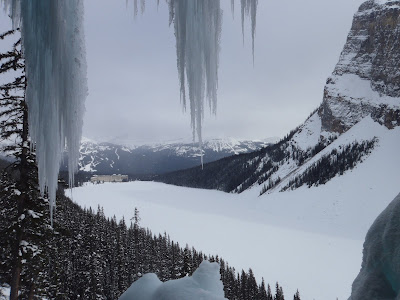 High on Lake Louise Falls, looking out over the frozen Lake back towards Chateau Lake Louise & the Lake Louise ski hill behind that.
It's a beautiful place & I'm now really inspired to also climb some peaks in the summer for the first time. Mt Assiniboine looks like an amazing peak 'The Matterhorn of the Rockies' and maybe also then get into the Bugaboos and climb a peak or two which also looks fantastic?
Failing that, it goes without saying that I'll return again next winter!
Safe climbing
Ade
﻿
Posted by Adrian Nelhams at Wednesday, March 23, 2011