Kalymnos - this must be one of the hottest sport climbing destinations in the world right now & I can understand why.
Not the easiest place to get to out of season - we flew from Manchester to Athens, overnight in Athens & then took a morning flight with Olympic Air the following day to Kalymnos - but totally worth it.

Landing in Kalymnos - they've sliced the top off a hill to create the airstrip
It's a sport climbers paradise, well bolted climbs, easy lower off's & a massive variety of routes from easy slabs to steep tuffas & overhanging walls littered with Stalactites. There is even a good number of multi-pitch climbs at a more moderate grade.

A 10min taxi ride took us down into the small village of Massouri & our hotel on the seafront. Looking back up the hillside from behind the hotel great orange walls rose steeply & the Grande Grotta was the obvious landmark in the centre. 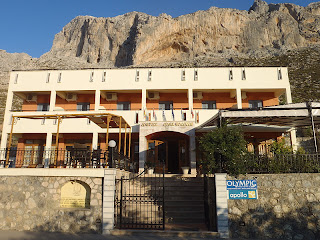 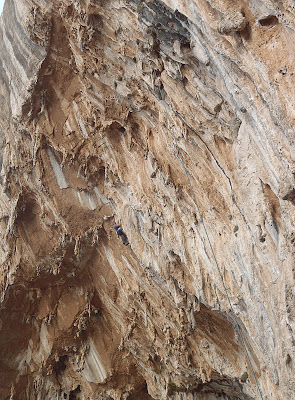 The Classic route Trela on the righthand side of Grande Grotta

Looking out to Telendos Island from the Grande Grotta & the edge of Massouri strung out along the coast. 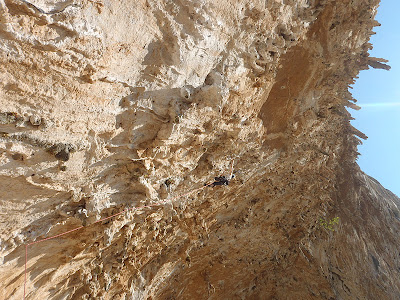 Milking another rest on the many stalactites & tuffas on Priapos, Grande Grotta 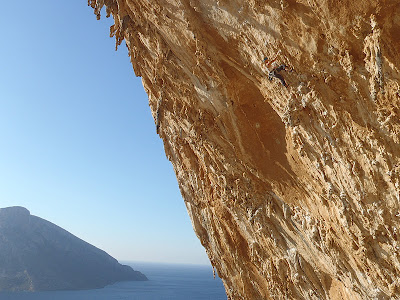 Katarina high up on Priapos, Grande Grotta with the Island of Telendos in the background 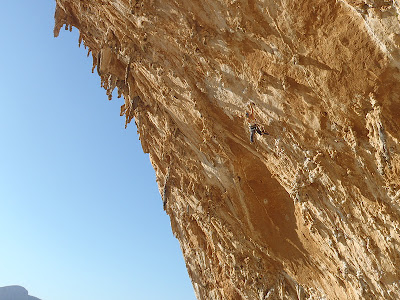 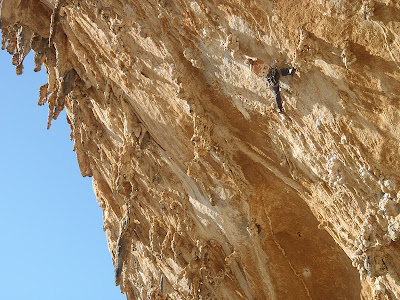 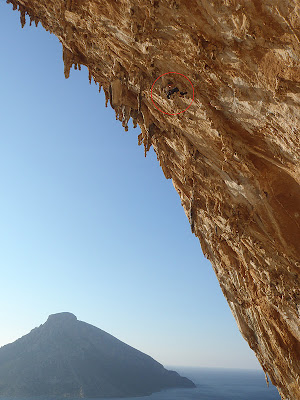 Another amazing rest on the seemingly unrelenting overhanging wall of Priapos, Grande Grotta 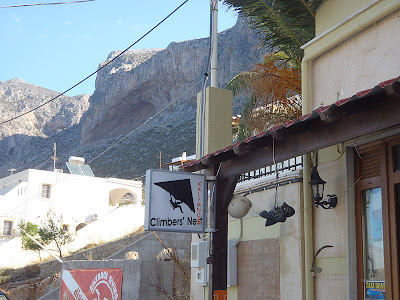 A small climbing shop selling all the basics with the Grande Grotta behind & a great cafe next door!

The Secret Garden, a relatively unknown crag recently developed on the northern edge of the Island, with some fantastic climbing on steep orange walls covered with tuffas & blobs

Heading off to The Secret Garden & for only 10euros a day it's the only way to travel!
We took the bus to Ghost Kitchen one day which cost only 1.50euros, but the bus didn't return to pick us up - we saw it parked up outside a house & pointing the wrong way when we got back to Massouri!
The driver obviously coudn't be bothered to drive 15mins further up the road before turning around & had just made a U turn in Massouri & parked it up for the night.
So getting back, we did manage to get 8 of us + rucsacs into a Suzuki WagonR which I thought was a good effort. 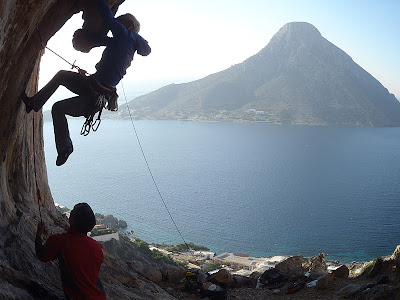 A local climber starting up the steep Sevasti at Iannis crag straight up the hill from the Climbers Nest with the Island of Telendos in the background. 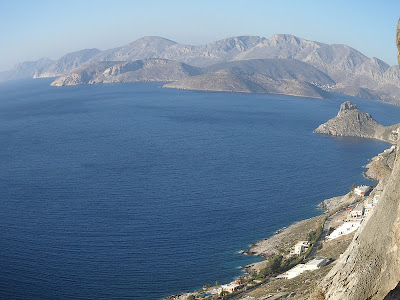 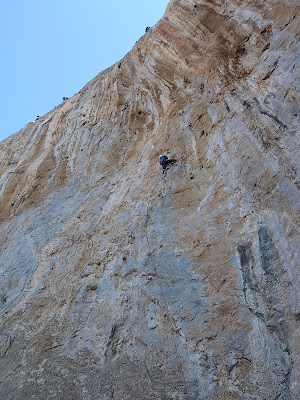 Andy on Theodora at Kalydna, a beautiful orange wall with blobs & tuffas
Very inspired now.
I guided in Langdale yesterday & up on Raven Crag I managed to get some rests on routes in places were I've never done so before! All that three dimensional tuffa climbing in Kalymnos has really taught me how to milk every rest.
Roll on getting fitter & booking another trip out there next year!
Safe climbing
Ade
Posted by Adrian Nelhams at Wednesday, November 09, 2011