The race takes in Simon Fell, Ingleborough, Bruntscar, Whernside, Blea Moor & Pen-y-Gent with 28km's of road, 33km's of unsurfaced track & around 8km's of unrideable terrain where you either carry or push your bike! Oh yeh and it's 5000ft of ascent!

Well the only difference was the weather, both leading up to the race which had been very wet & the weather on the day which again was wet to start with, with low cloud & mist on the tops! The weather did improve but the riding conditions didn't, it was super wet & boggy on Simon Fell & Ingleborough & very slippery on the rocks heading over Whernside & then again up and over Pen-y-Gent. It made for slower times throughout with a lot more carrying & running with the bike.

But still apart from the toughness & the challenges on the day it's got to be one of the best events I've ever done. I had a smile on my face when over 650 of us left the start & headed up the road to Horton-in-Ribblesdale, just to be part of something like this was special & then to finish in a good time, I couldn't have been happier. 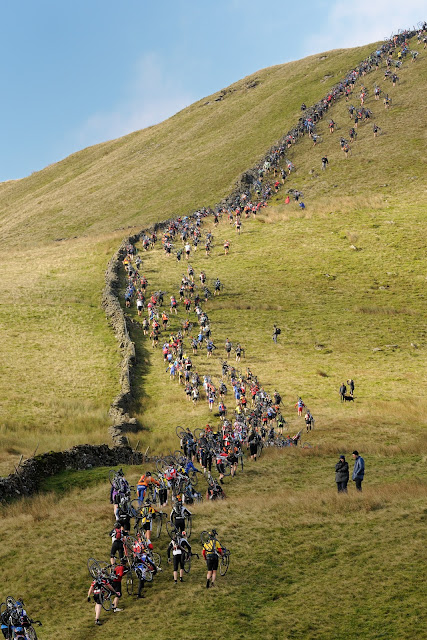 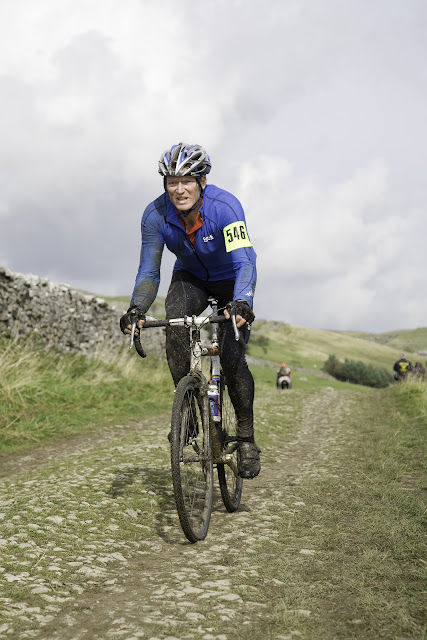 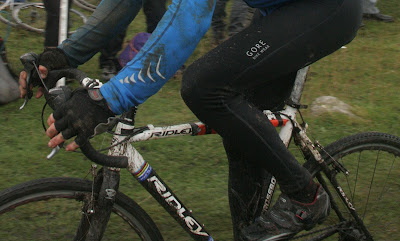 It was so muddy & boggy up and over Ingleborough, I carried far more than I did last year & the sections which I rode were very tricky with the bike being thrown everywhere in the bogs & ruts. 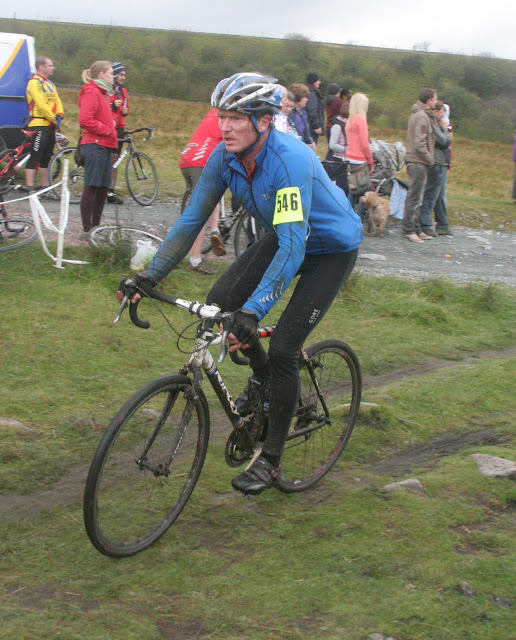 Coming down off Whernside and at the Ribblehead road junction
This was a hard very steep descent of Whernside down over wet slippery rocks & mud, over slabs of limestone & over steep rock drainage dyke's, loose rocks & slippery grass both on & off the bike! 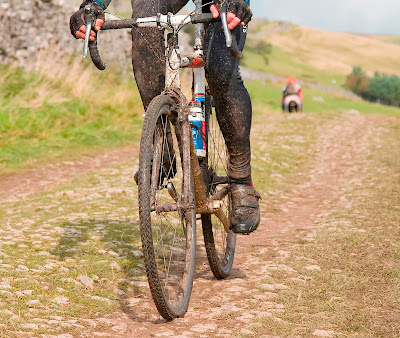 Congratulations to Nick Craig for a great win in difficult conditions﻿ & a big thanks to John Rawnsley for organising another great event.
I'm already looking forward to next year!
Safe biking!
Ade
Posted by Adrian Nelhams at Tuesday, September 27, 2011