So it's that time of year again!

I have a busy summer in the Alps - no cycling, which leads into our Kyrgyzstan expedition - no cycling. Then I get home & a week later throw myself in the 3 Peaks Cyclocross Race, which is marketed as the toughest race of it's kind in Europe - It actually says the World but I'm not sure about that!

Anyway its tough! last year it was really tough! - low cloud with little visibility, strong winds, horizontal rain/hail, cold........we had it all. 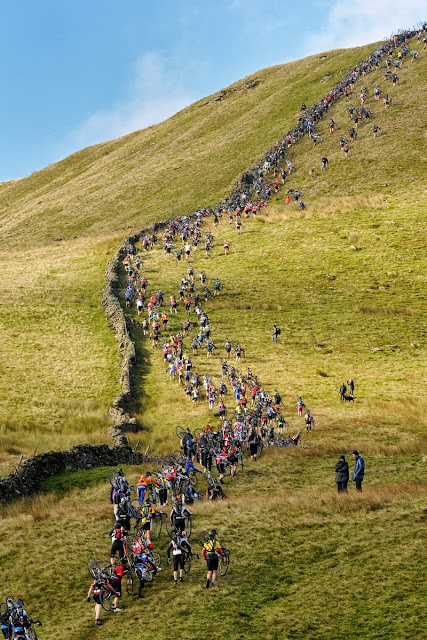 Heading up over Simon Fell towards the summit of Ingleborough

This year the sun shone, great visibility but the wind! Strong wasn't the word, it was gale force on the tops which made the exposed sections impossible to ride. It was hard enough pushing the bikes along the tracks we normally rode.
I got bored & tried to ride but lost the front end & cartwheeled into the ditch at the side of the track! 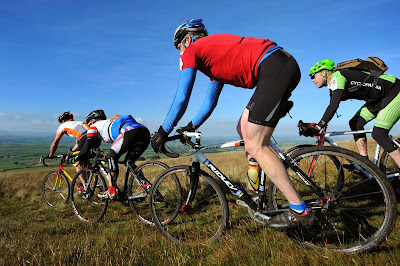 Me (in the red) heading down Ingleborough towards Cold Cotes & Ingleton

The route -
Helwith Bridge, up over Ingleborough, down to Cold Cotes, up to Ingleton, on up to Chapel-Le-Dale & over Whernside, down to Ribblehead & onto Horton in Ribblesdale, up & down Pen-Y-Ghgent & back to the finish at Helwith Bridge. 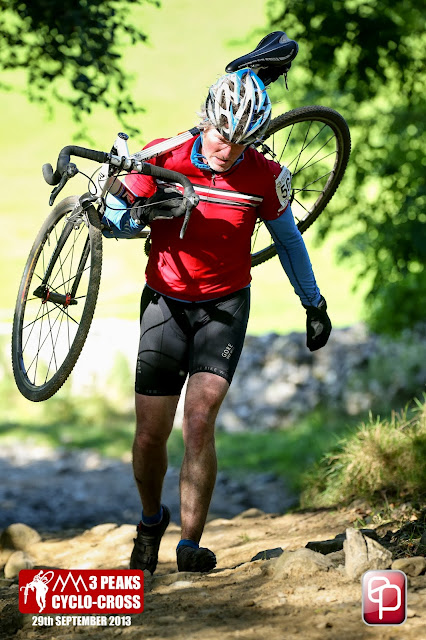 Me heading up to Pen-Y-Ghent

It's a tough race, but great fun! already looking forward to next year & this time I'm going to be better prepared!

We had the ISM AGM here all last week, but I didn't mind - it gave the legs a rest!