The Classic Ginat on the North Face of Les Droites 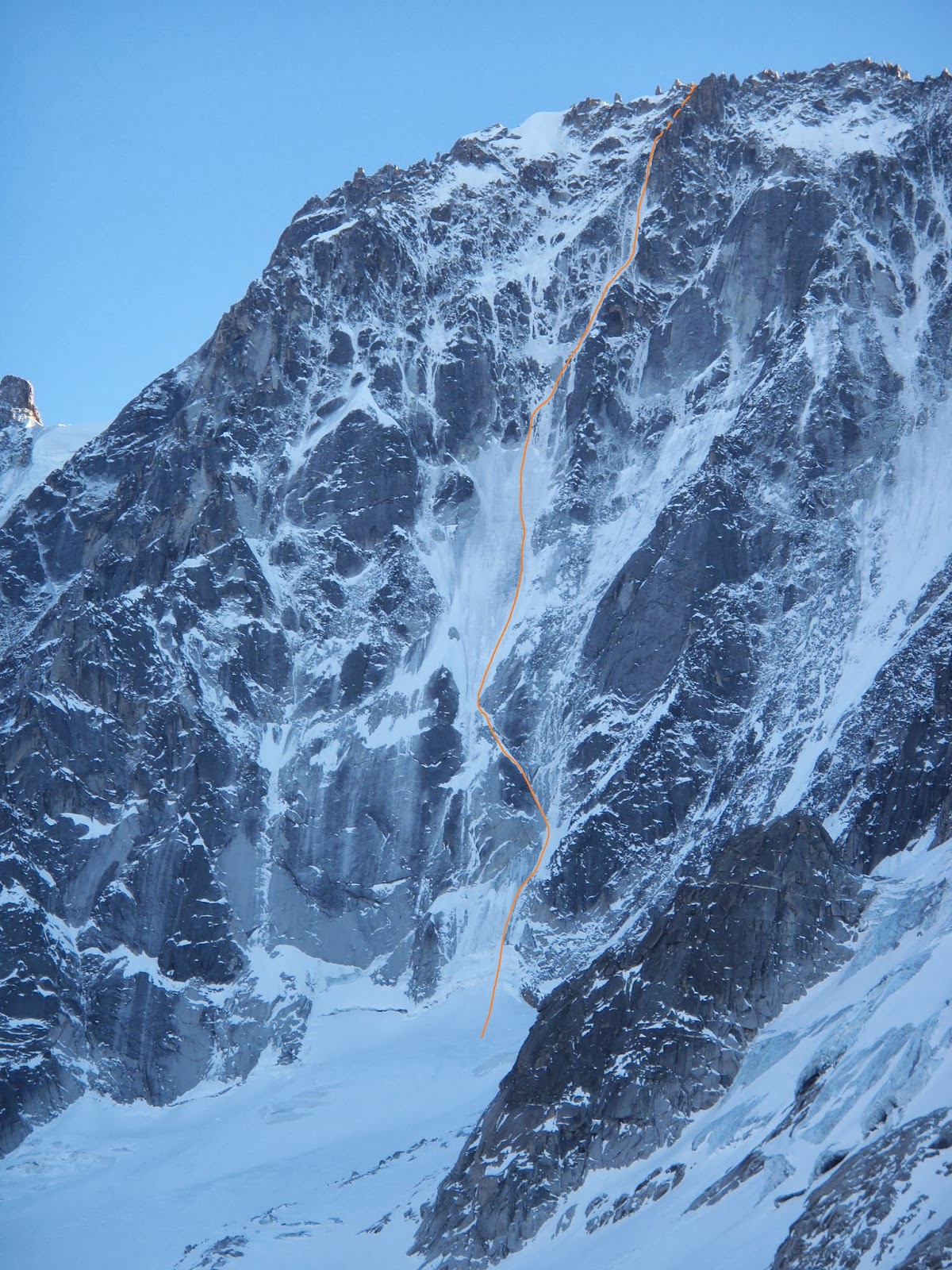 The Ginat on the North Face of Les Droites

The Ginat on the North Face of Les Droites

After crossing the Bergshrund you have 2 options, if conditions permit head straight
up the ice runnel to the bottom of the central icefield (sections of 80 degrees and
about 200m) or head rightwards into the large gully and from the top of this head out
leftwards via the ‘Messner Ramp’ (sections of 80 degrees and often mixed climbing).
If the the Ginat is in condition then the ‘Messner Ramp is the reliable option.

At the top of the icefield you climb the crux which is a steep 85 degree exit pitch taking the left most of the 3 exit gullies.

From the top of this pitch climb directly up and right over 80 degree mixed terrain to reach a small icy bay. Continue up from here climbing short steep sections of ice/mixed terrain for about 200m

From the ‘Breche des Droites’ follow the steep gully directly down the south side via about 8 abseils to the first section of glacier. From here head down and left meeting up with the upper Talefre Glacier via an abseil from rocks on the lefthand side.

Inspiring and a great late spring early season route when in condition.