I had a few days after the 3 Peaks with my feet up resting, which fitted perfectly with ISM's end of year meetings, as normally I'm itching to get out before day 1 is even over!
Over a couple of beers in the Masons Arms on the last evening, Steve Monks and I pulled together the final plans to ride the Fred Whitton the next day!
Meet in Windermere at 7.30am and head off from there!
I woke early, loaded the car and then scrapped the ice off the car's front windscreen - it was 2 degrees on the car's temperature gauge as I pulled away and there was frost on the fields as I left Kendal, it felt like a lovely cold and clear winters morning, but we were heading off for the Fred Whitton!
Gearing up in Windermere we could just feel the first rays of sun on our backs and we new this was going to be a fantastic day. 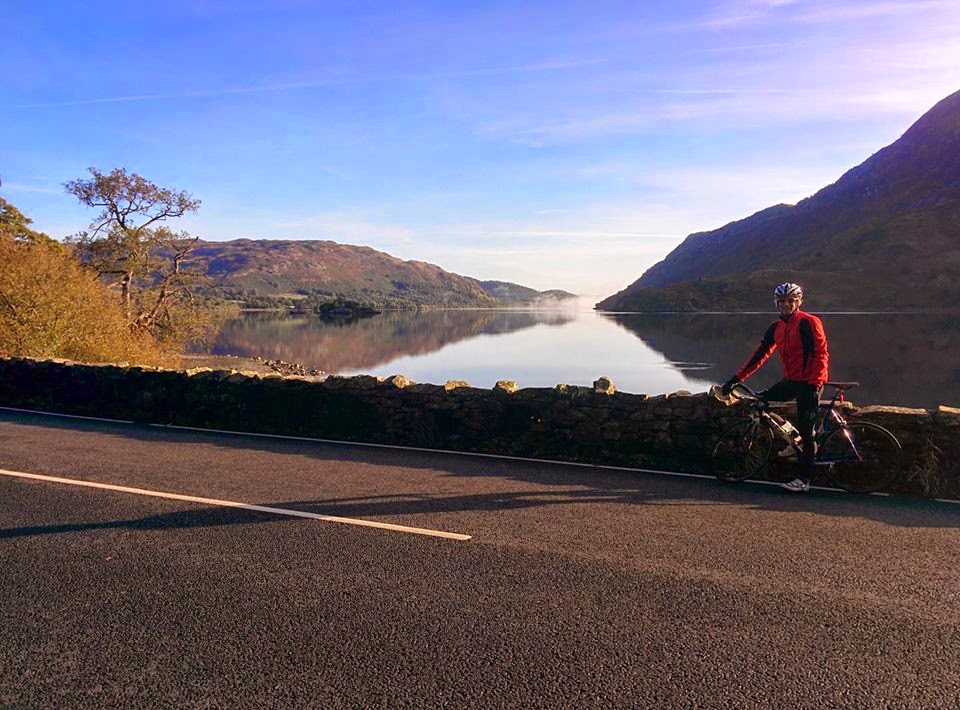 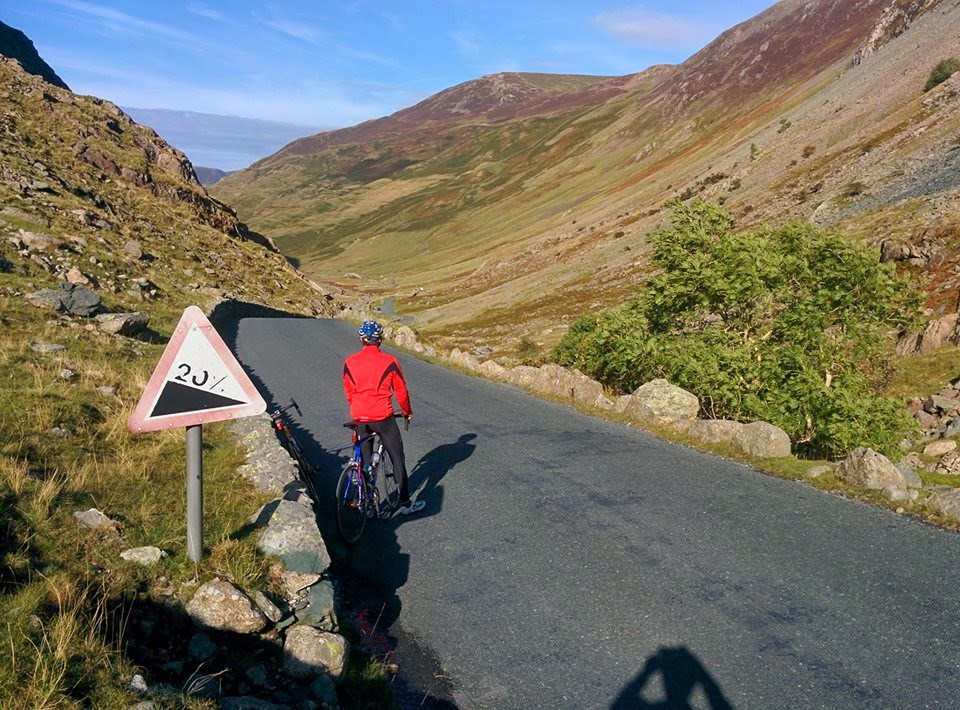 Looking down into Buttermere after cycling through Keswick, up Borrowdale and over Honister Pass 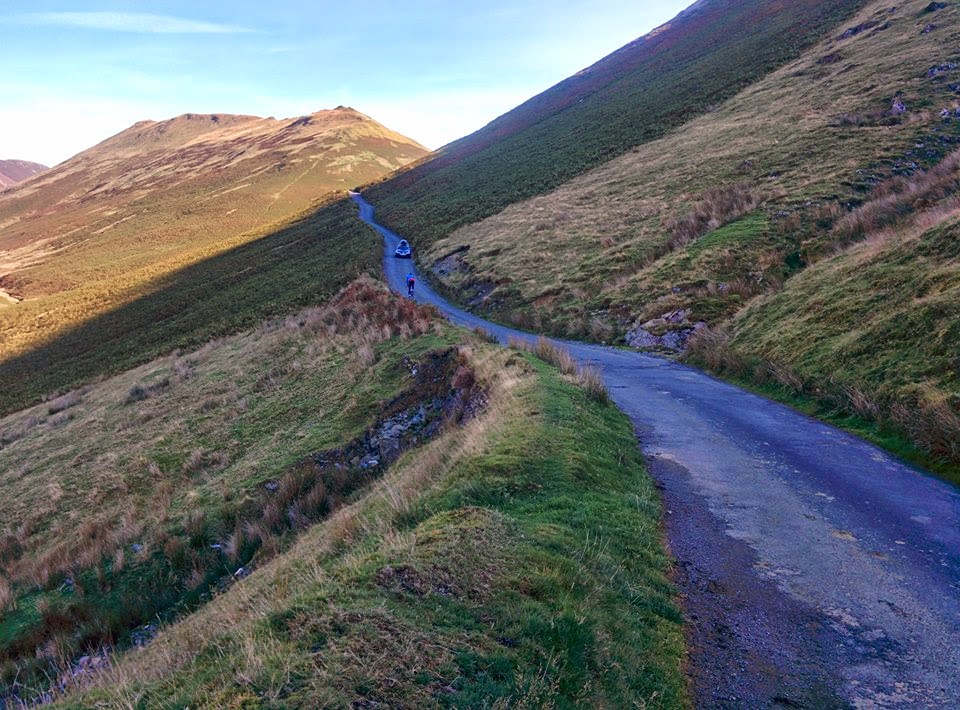 Heading up over Newlands Hause towards Winlatter 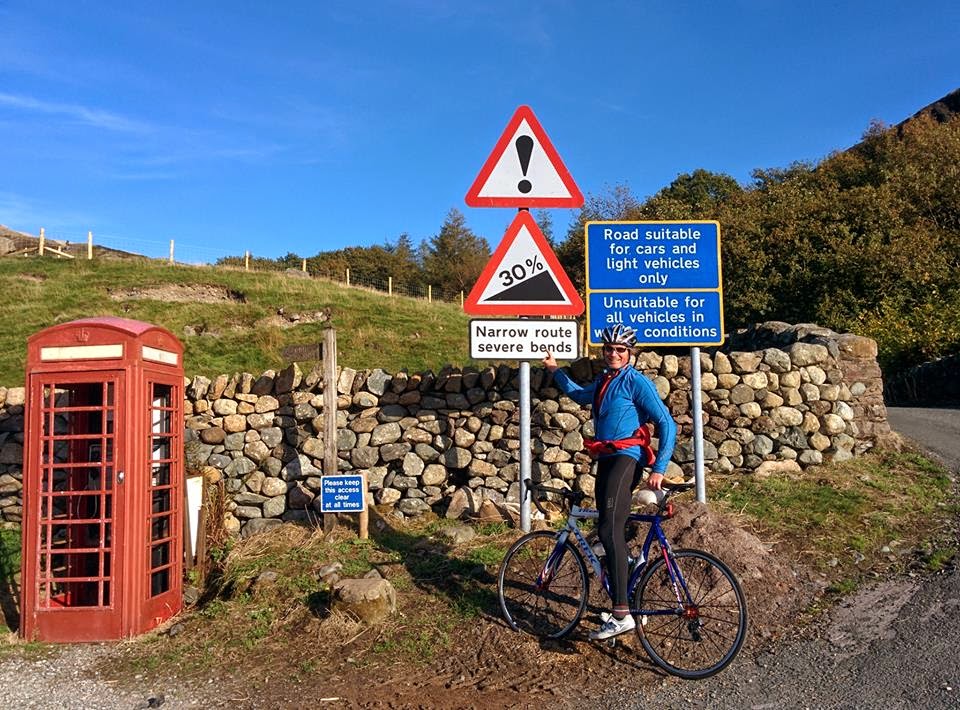 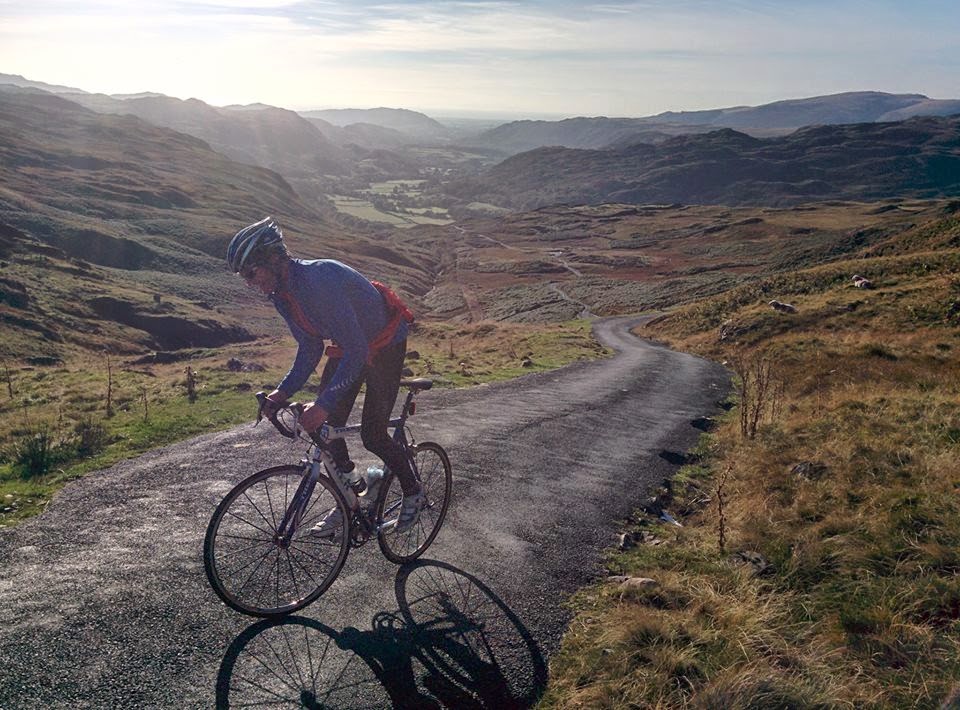 Me pulling over the top of Wrynose Pass - next time I'll ride a triple and have a 32 on the back!!

We had a fantastic day out, the weather couldn't have been any better - 180km and over 4000m of ascent! - thanks for a great ride Steve