I had a great couple of days at the British Super Bikes at Silverstone last weekend. A friend Richard Metcalfe from Kawasaki invited me behind the scenes with VIP tickets into the Lloyds British GB Moto team garage/pits which was fantastic.
It was a real insight into the Lloyds British Moto Kawasaki team and BSB racing in general. Everyone was super friendly, Mark Smith-Halvorson the owner was very welcoming and open about the bikes, riders costs and stresses of what it's like running a top level BSB team team.
The riders Chris Walker and James Ellison have both had a couple of crashes this season so both recovering from injuries so not 100% at the moment, although James got a 3rd place in Race 2 on the Sunday which was fantastic.
Ironically James lives in Kendal! - I'm sure I'll continue to bump into him now we've met.. 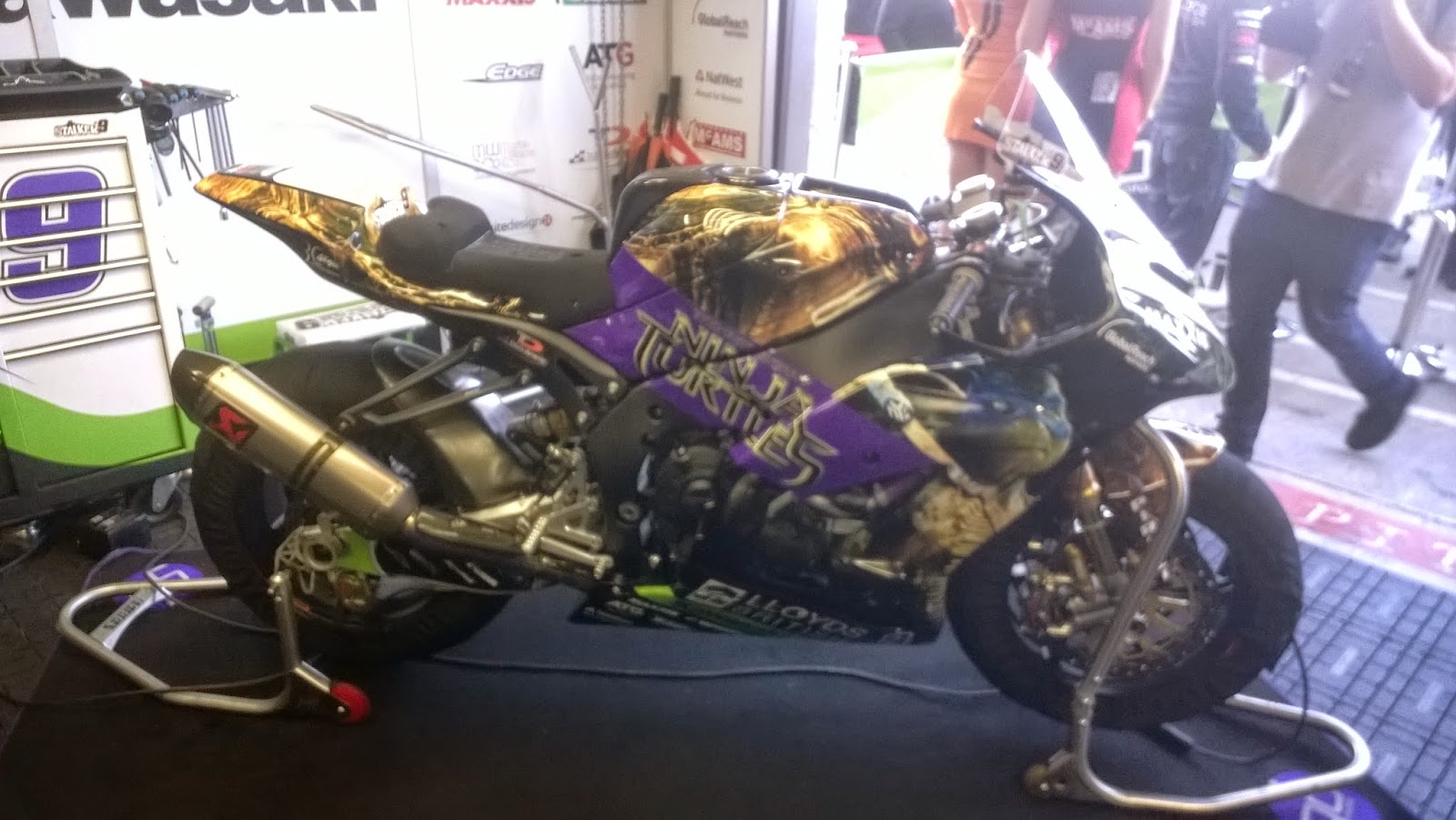 Chris Walkers bike before race 1
220BHP to the back tyre and costing around 70/80K! 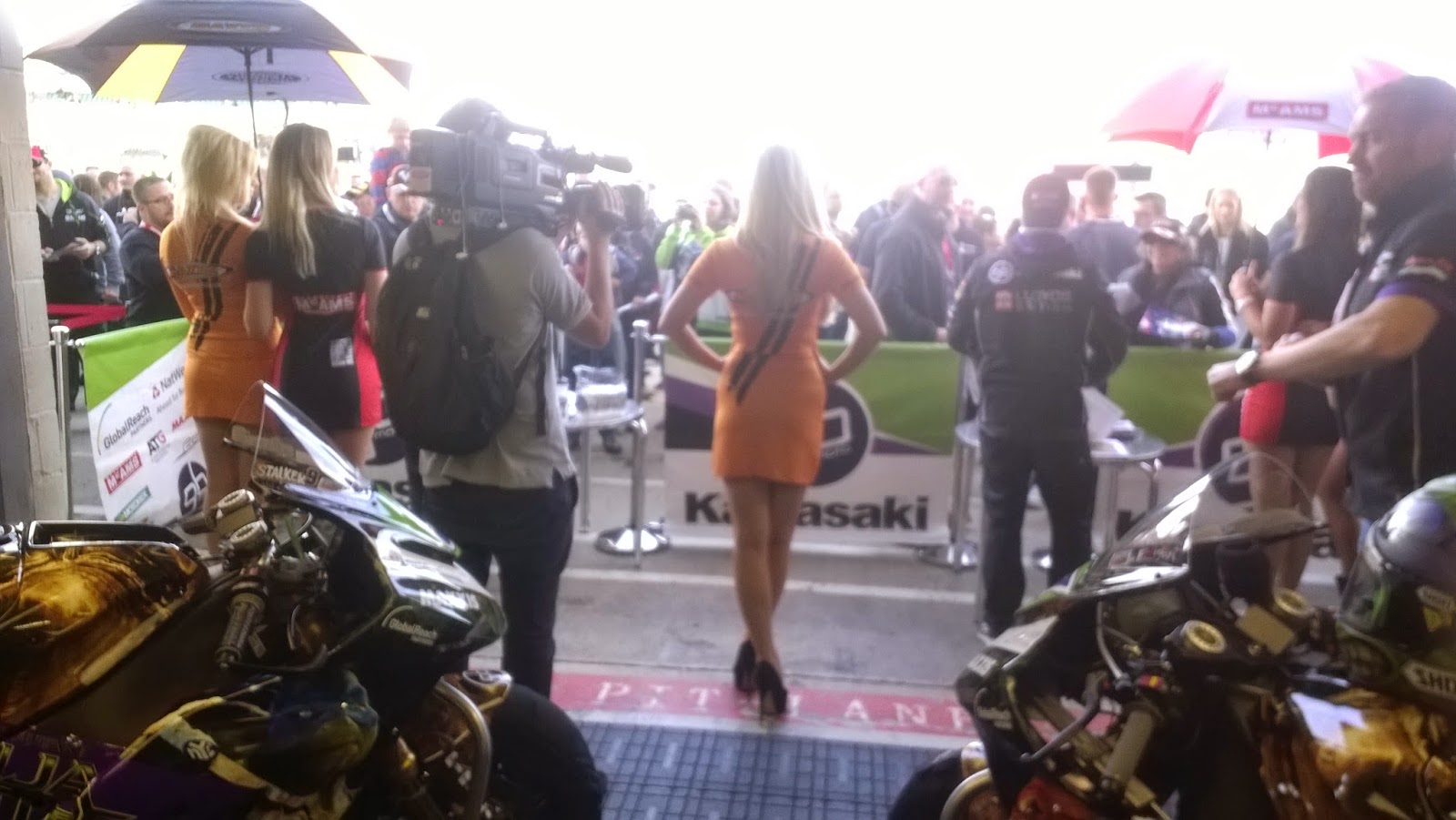 The unveiling of the bikes to the public before race 1 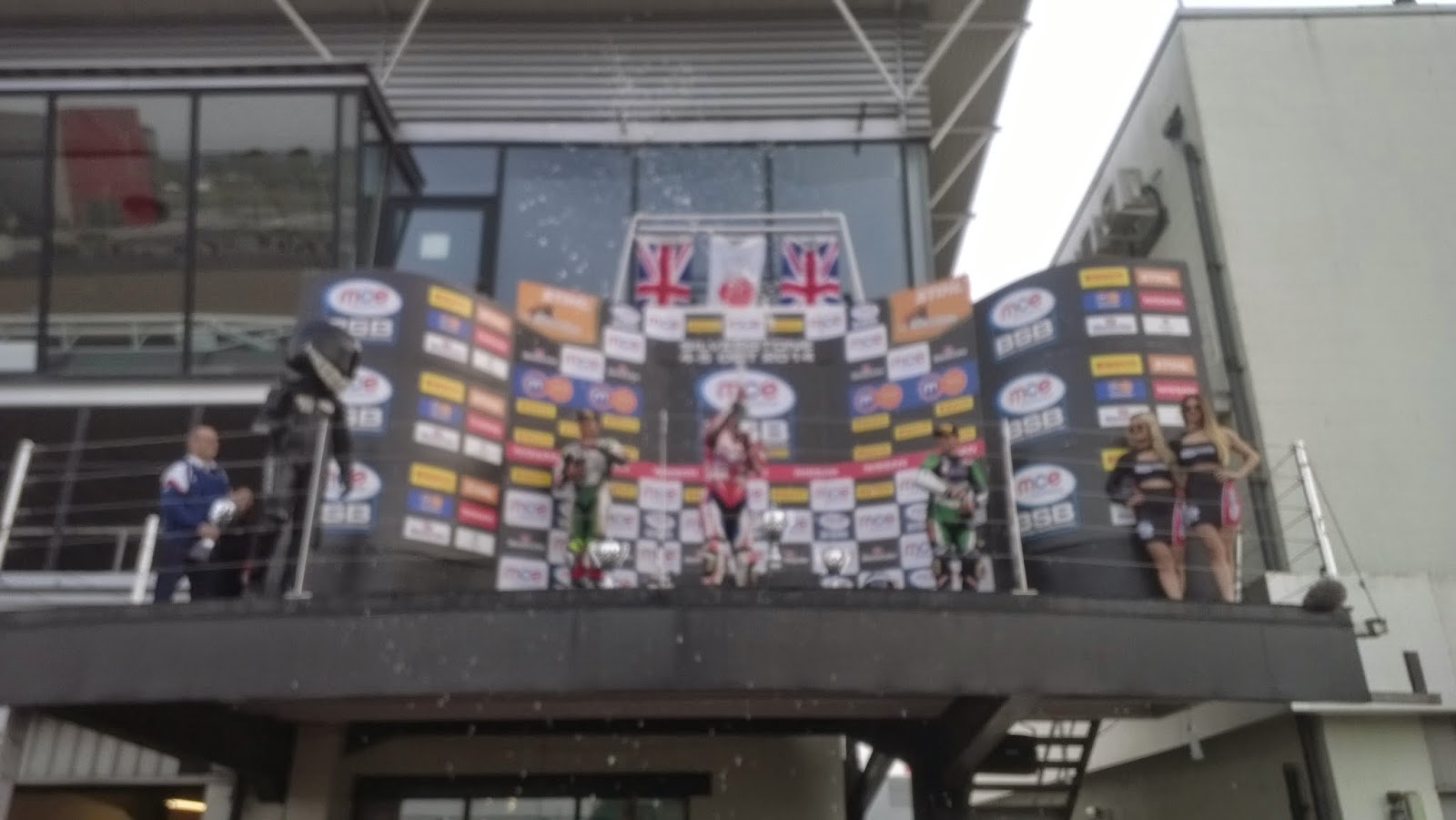 I had a great weekend and thanks again to Richard and the Kawasaki team.