Super busy week last week - cycled the 3 Peaks on Sunday which was mental, headed down to Wales for an end of year ISM meeting, arrived home again late on Wednesday night. 9am Thursday morning the removal company arrived emptying our house of all it's contents! Friday afternoon Sal & I were drinking coffee in Sedbergh enjoying the calm after the storm. Friday night was our first night finding space in our new abode for the next 3 wks - a friends caravan on their farm on the edge of Sedbergh which is fantastic, feels like we're on holiday especially without the added stress of selling a house........

Better still the sun's shining at last - it's great weather here in the Lakes, warm in the sun, dry, no wind & clear, crisp skies - awesome & a welcome change from the weather we have had for the most part of the year & a far cry from the weather last Sunday on the 3 Peaks Cyclocross race down in Horton-in-Ribblesdale. 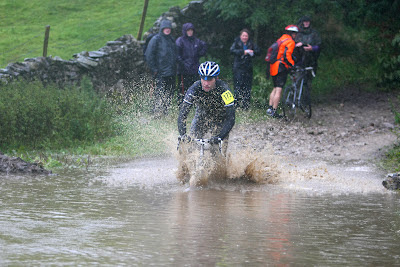 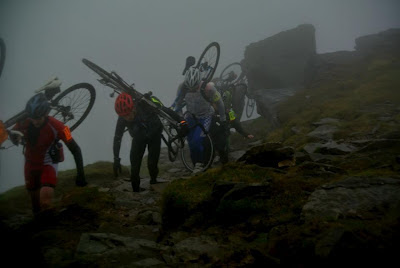 Heading up Ingleborough in the murk, hail & gale force winds 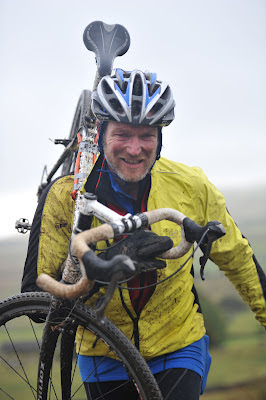 There was way more running with the bike this year
Gale force winds, hail & very boggy wet ground set the pace, which for most of us was alot slower than in previous years!
Managed to stretch the legs out for a few hours on a more sedate ride yesterday which was great & feel reasonably fit at the moment & I feel that much of that is more head space after selling the house........... Anyway back on the rock again and enjoying some free time to get back into the training. 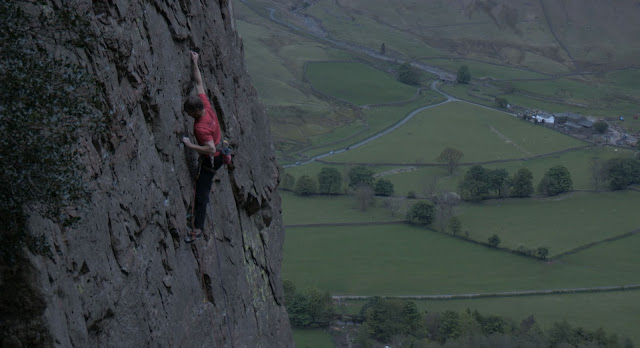 Me leading The Firing Line E5 6a, Middlefell Buttress area, Great Langdale
Just popped the roof hatch in the caravan - it's boiling up in here!
Off out bouldering later
Stay safe
Ade
Posted by Adrian Nelhams at Tuesday, October 09, 2012