Bolt pulled out on Illywacker today!

I headed over to Yorkshire today.
Great to leave the wet showery weather in the Lakes behind, to find dry rock & the sun shining, it's amazing how often that can be the case - 20 miles further east can quite often make all the difference.

We ended up in the Hollywood Bowl Area, of Giggleswick North.

I wanted to have a look in on the Hollywood Bowl Area, to see what condition the routes were in, as it can often be wet & being overhanging limestone they can seep after a spell of wet weather. I’d heard that some of the routes at both Malham & Kilnsey had started to seep a little. 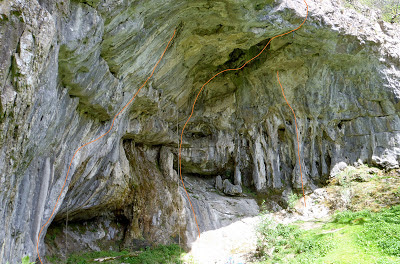 Amazing though, the whole Bowl was pretty much dry, with very little seepage – both Kleptomania & Illywacker, two of the classics where totally dry.
Not all good though, I got on Illywaker & two thirds of the way up at about the 4/5 bolt I came off & ripped the bolt out!! 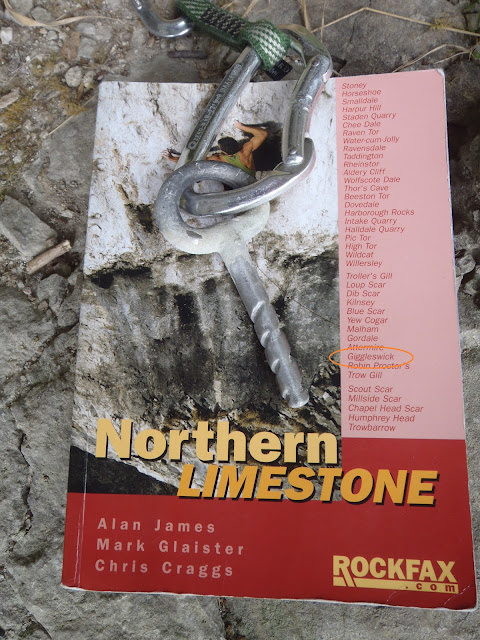 It was a resin placed bolt which seemed to pull out with very little resistance.
It’s a strange design.......... you’d image the section of bolt, which is inserted into the resin filled hole to have raised sections? This would allow the bolt to better 'key' into the resin once it's dry giving you a much more secure fix on an outward force?
This bolt seems to be pretty much smooth with the indentations going inwards rather than being raised giving it that secure fix.

Anyway, I had little confidence in some of the other bolts which looked very similar to the one now dangling from my rope that we sorted the gear & bailed!

So a note of caution - the bolts in the Hollywood Bowl Area need some attention! & climb with care if you decide to go there. The bolt obviously needs replacing on Illywacker & maybe the whole route needs looking at.

I’ll see about getting access to the Yorkshire bolt fund or maybe the BMC bolts but it may take a little time to sort. The bolts there could be over 20yrs old so take care.