I can only imagine the whole village woke up at 6am this morning. The Military Canons here in Leysin marked the 19th day of Independence here in Switzerland with a number of very loud blasts which echoed around the valley. Today’s their national holiday which has been celebrated since 1994, although the day had been suggested for the celebration of the foundation of the Swiss Confederacy since as early as 1889.

It’s also the 25th Aigle to Leysin half marathon today which attracts a couple of hundred hardened runners all taking on the challenge of running off road up from the centre of Aigle down in the Rhone valley & climbing the 1650m to the summit of the La Berneuse cable car station & then tackling the steep 800m descent down to finish in Leysin!

Well they need to have plenty of drink stations along the way, as I’m sat outside my apartment, not a cloud in the sky, no wind & a the suns hot & it’s only 6.30am!

Me? Well I’m with the family this week & we’re heading up to the Moiry for my lads first hut experience, well that’s my excuse for not running it anyway!

This is my first chance to update things as it’s just been super busy & any little time I’ve had free I’ve just been too knackered & without the inclination to do very much.


I’ve had some great weeks.


After which the weather held & we had a beautiful clear morning on the ascent & great views from the summit of the Mt Blanc at 4810m. 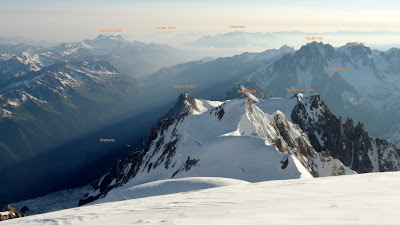 Great views from the summit of Mt Blanc all the way back to the Leysin Tours. 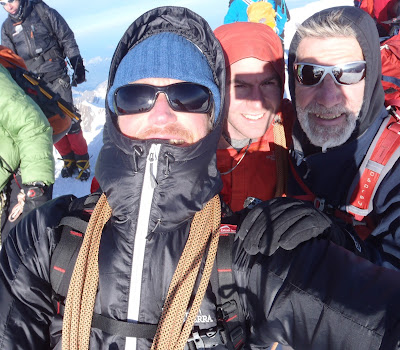 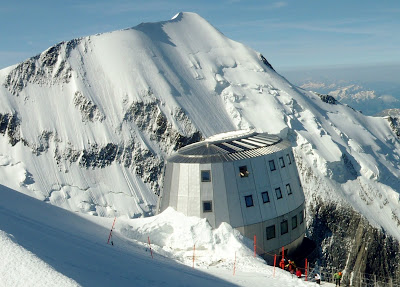 The guys were obviously stocked especially the father & son team which I had tied to my rope. At 62yrs & 31yrs it was a real inspiration & great to see the 2 of them sharing these sorts of experiences together.


I then headed over to the Moiry & had the first part of my week there coaching a husband & wife team to become more independent in the mountains. They already had a good spread of basic skills born from a number of years spent walking in the mountains & I was just reinforcing those skills, teaching some basic rope skills applicable for glacier travel & moving efficiently over broken rocky/mixed terrain & on peaks which will also help build their confidence. 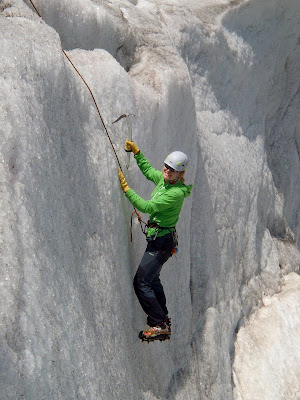 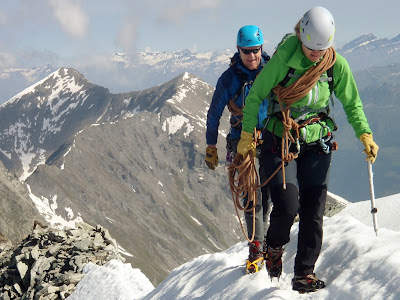 Rachel leading the summit ridge on the Pigne de L'A 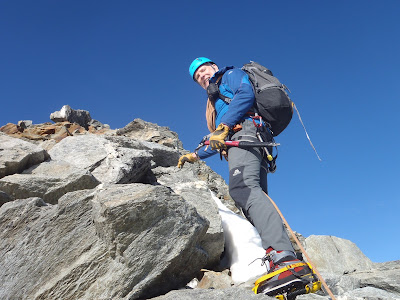 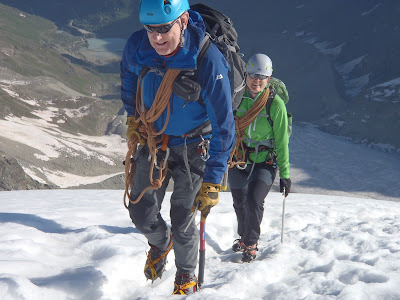 John short roping Rachel up the final snow slopes on the Point du Mourti which was in great condition.

Fantastic Views
The Weisshorn on the left, next the Zinal Rothorn, the Obergabelhorn in the middle, the Matterhorn & the Dent Blanche on the right
We had a great week with the guys getting stuck into leading the rope from the start & them making as many decisions as possible, along the way.

I then flew home & straight out to Jersey for a week’s family holiday based in St Hellier - my folks 50th wedding anniversary which is pretty impressive!!


Back out in Leysin now & start out on a Technical Alpine Ascents week on Saturday which I’m really looking forward to feeling rested & refreshed. Can’t believe that it’s only another 2 weeks & I’ll be home again packing for Kyrgyzstan!

Stay safe & enjoy this spell of great stable weather we're having here in the Alps at the moment.