Great weather in Valpaline yesterday so we drove up the valley to Ollomont to explore some ice that we'd scoped the day before and couldn't find in any of the guidebooks I have with me.

You can see the top of the ice high up on the west side of the valley, (above the village of Ollomont) just above the tree line. It's difficult to see the lower pitches which are obscured by trees, but we thought it was worth a look. 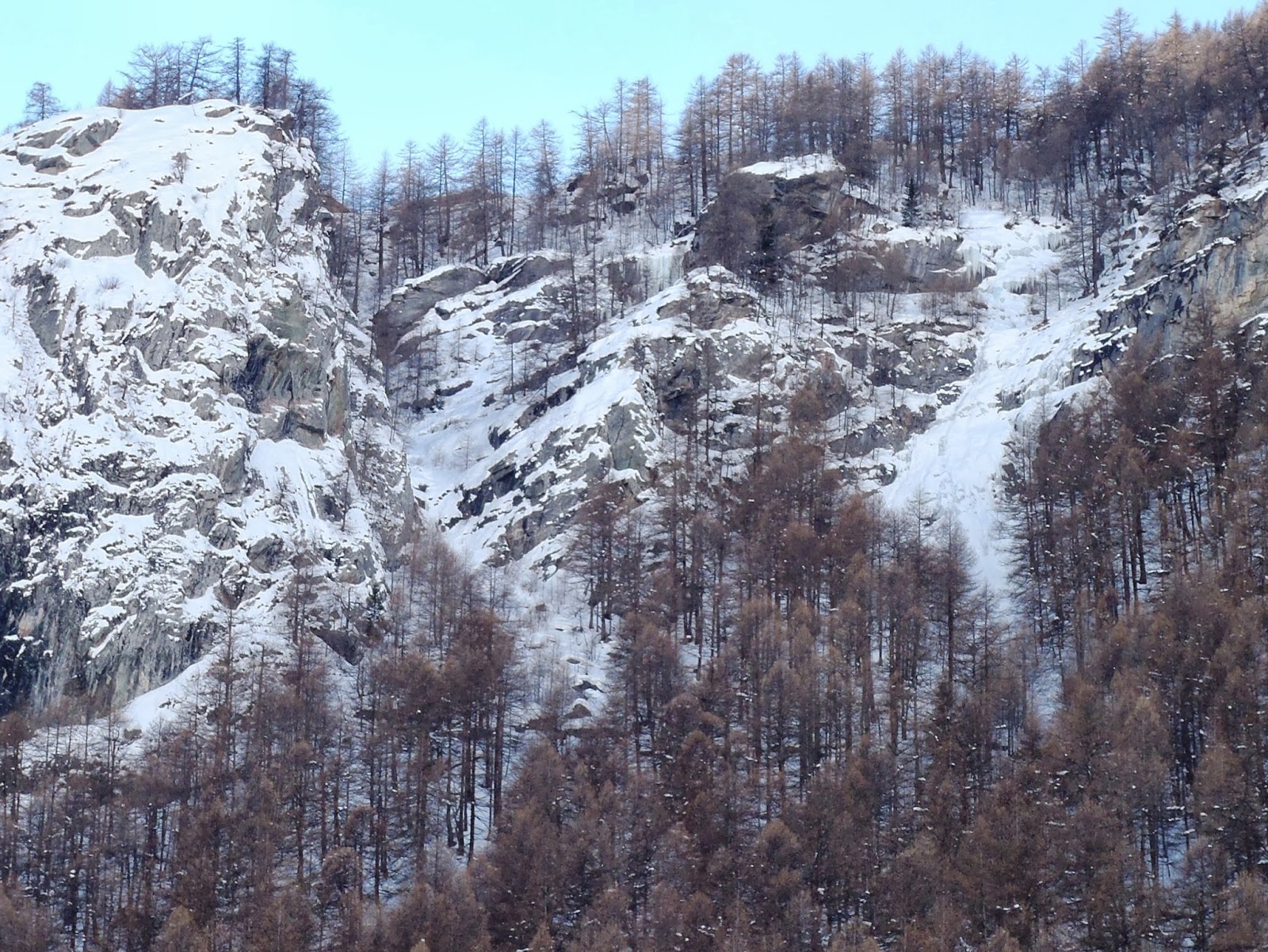 The icefall seen here on the right of the picture

So we snowshoed the one and a half hours, through deep unconsolidated snow up the steep hillside and through the trees to the base of the ice! 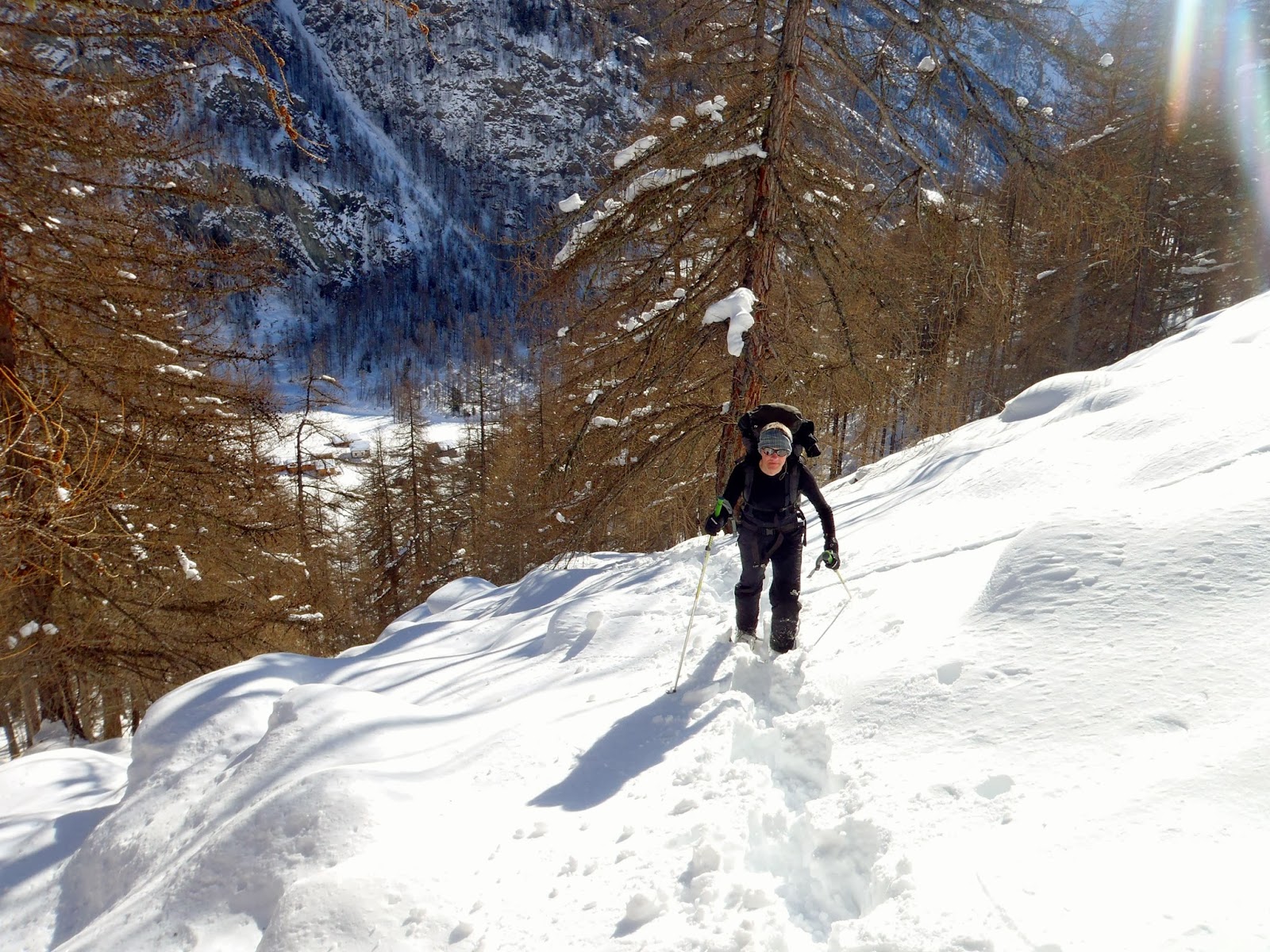 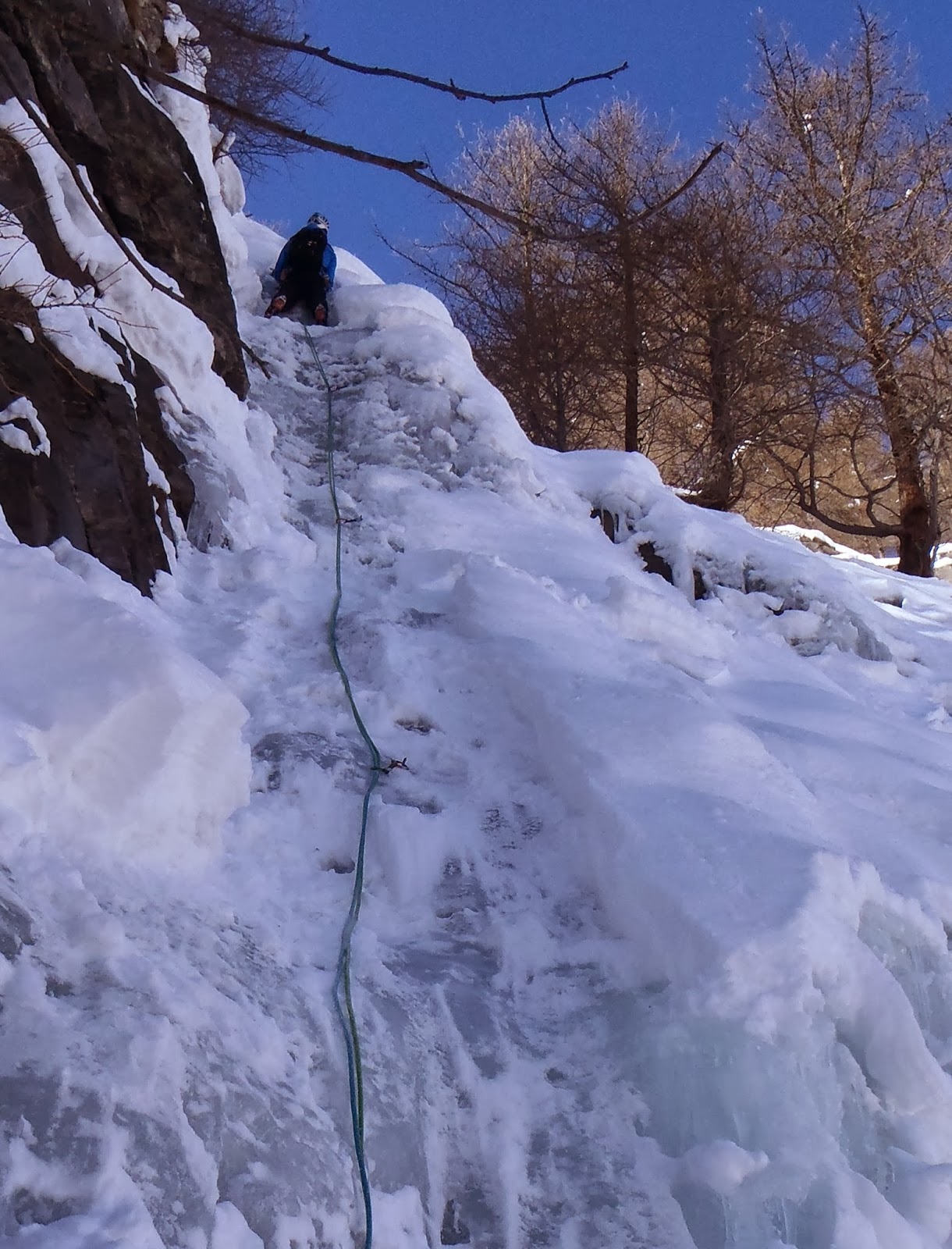 We found a great WI3, 3 pitch ice route, which we had to clean of fresh snow as it hadn't been climbed on, but it was great, a good adventure and quiet! 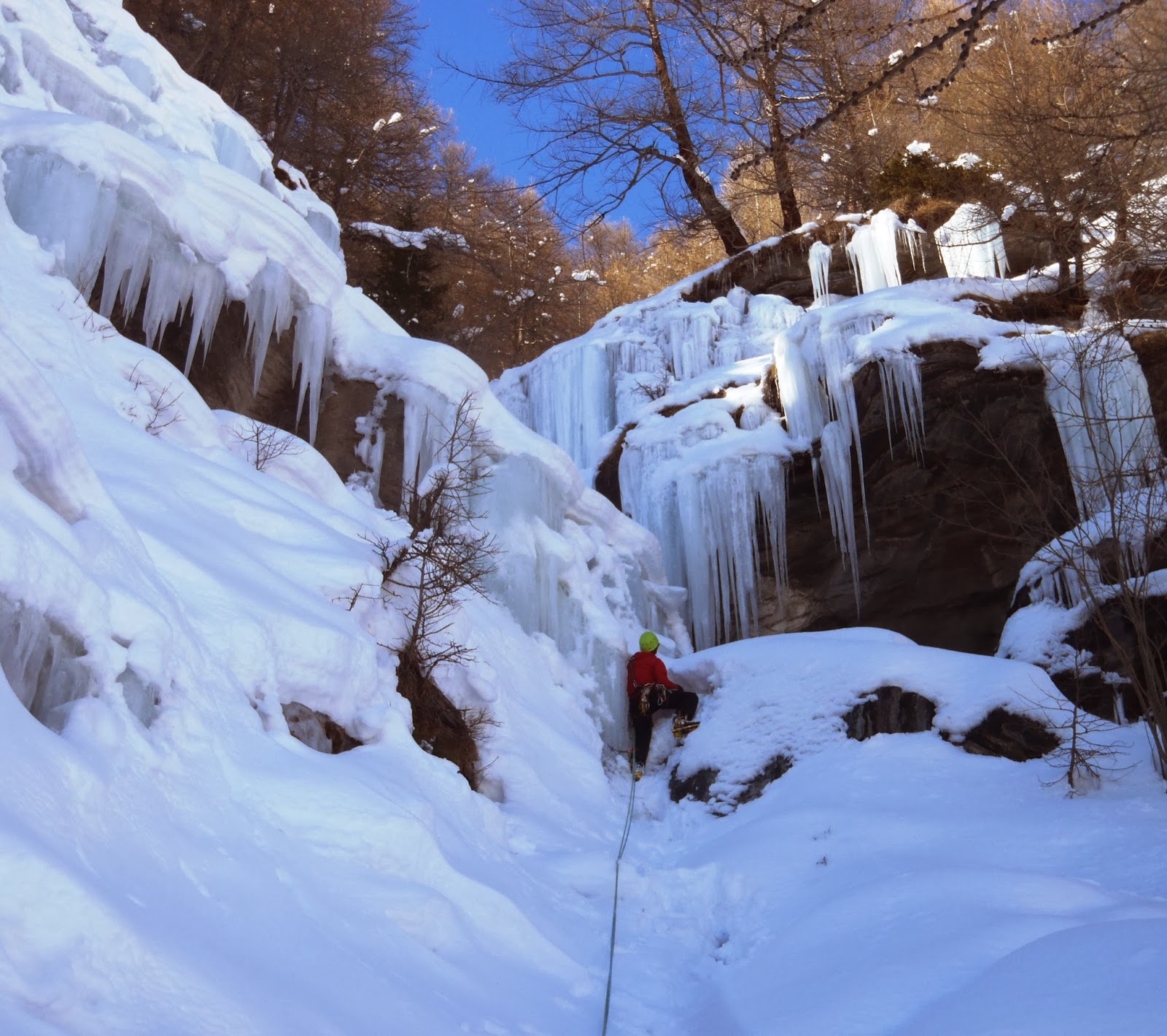 David leading up to the final section of ice at the top of the route.

We're not sure if the routes been climbed before, as apart from not being able to find an account of the route, we couldn't find any abseil tat around any of the trees at any point? It may be, that there's so much snow around any 'abseil tat' left by other teams could have been buried?
It didn't matter, we had a great adventure and a great day.

We finished up with some monster sandwiches at the 'Chalet Rustic de Nos' in Ollomont! 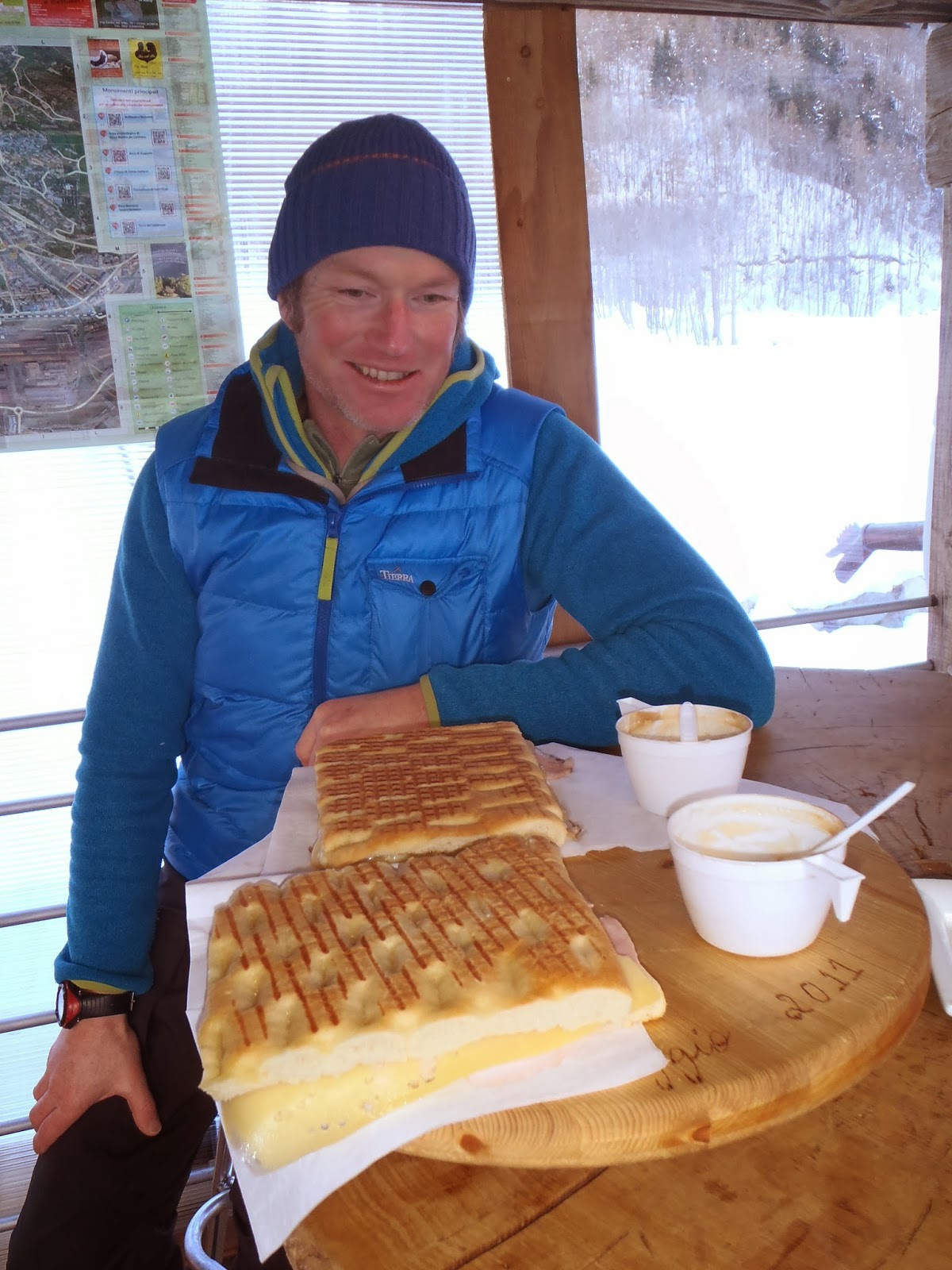 We headed over to Valsavarenche today. It was a mixed forecast, snow, snow and then more snow! Rain at lower levels, although when we did arrive back down in Aosta this afternoon is was still snowing! 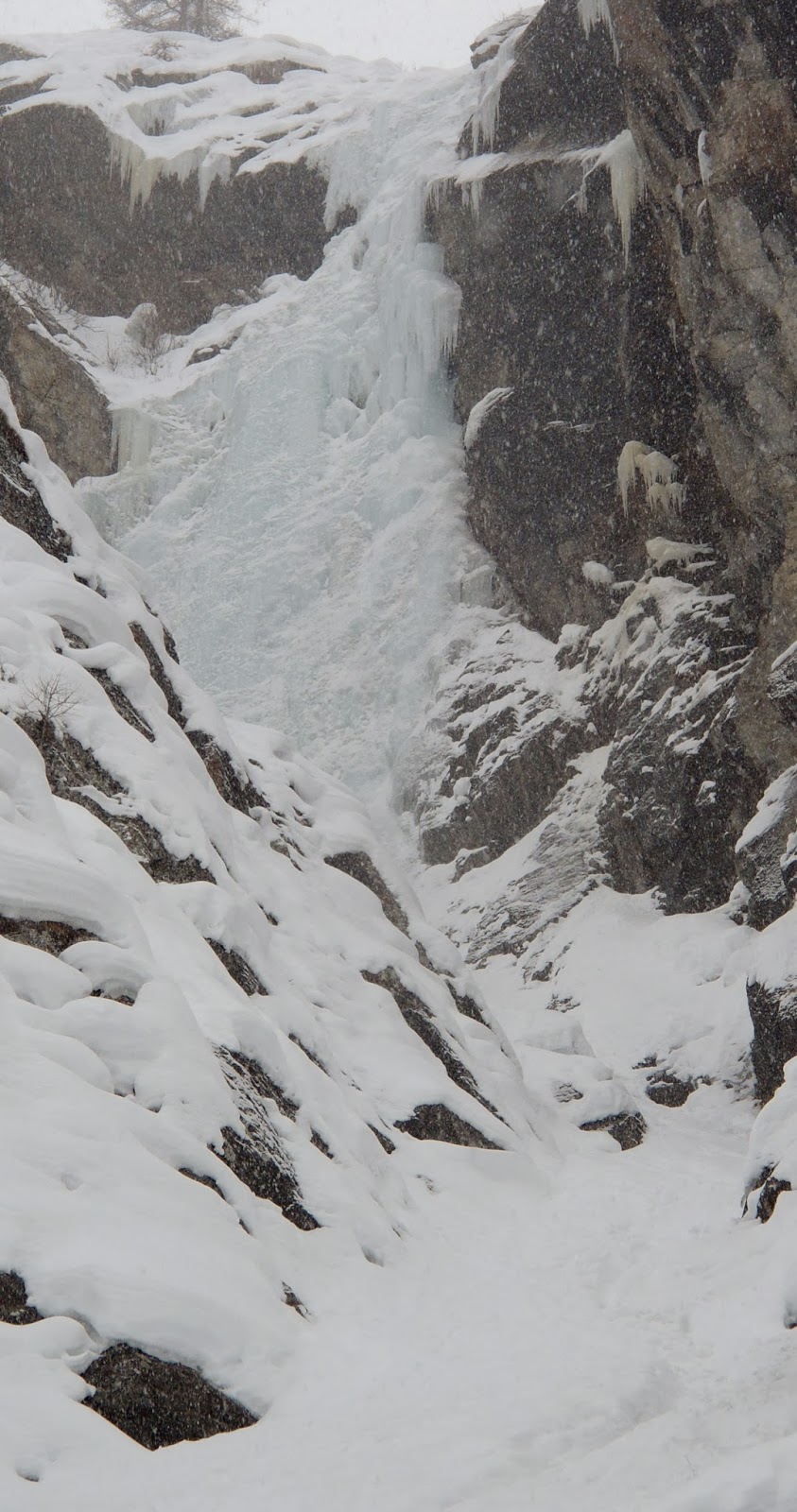 A very snowy Antares WI4, but in great condition today 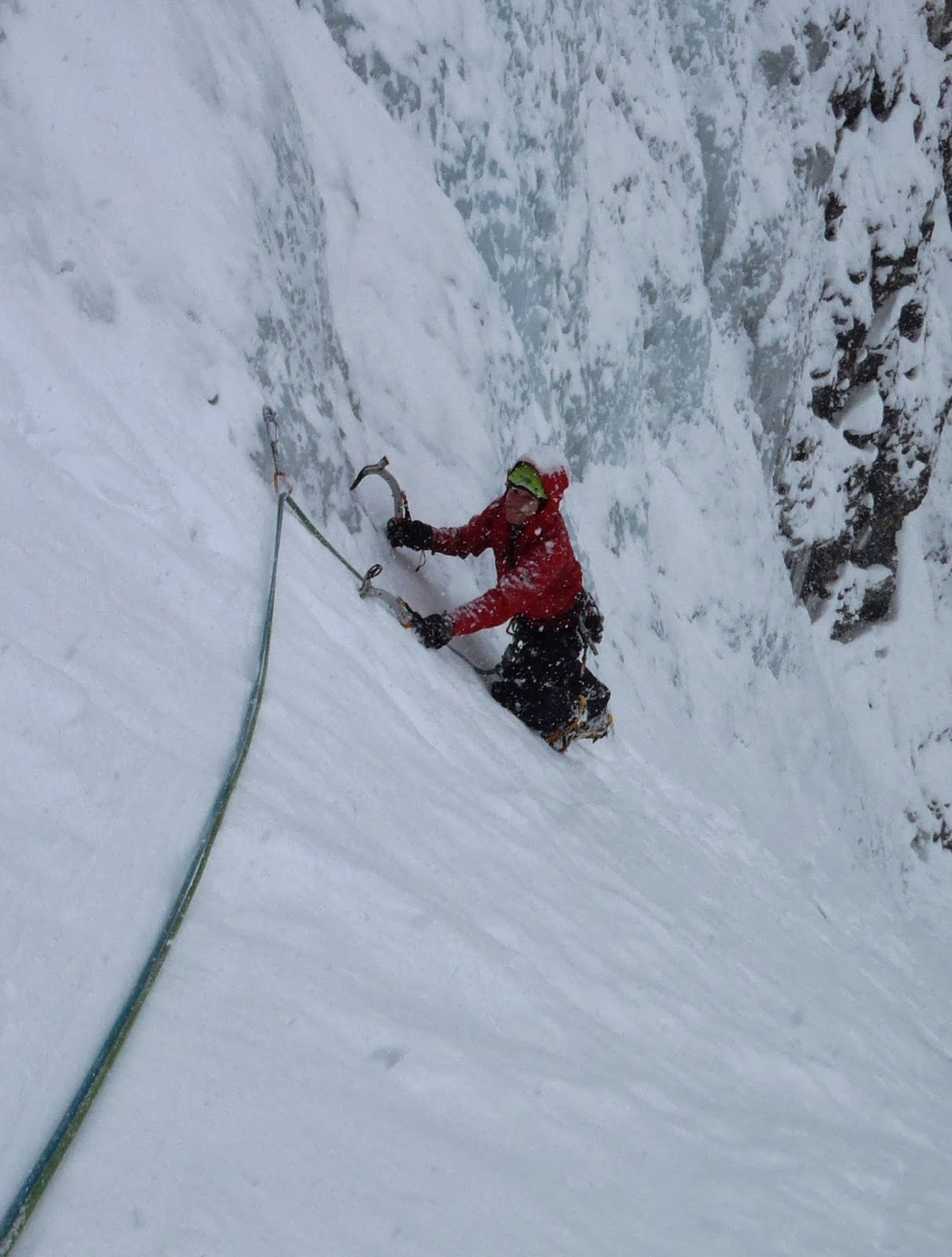 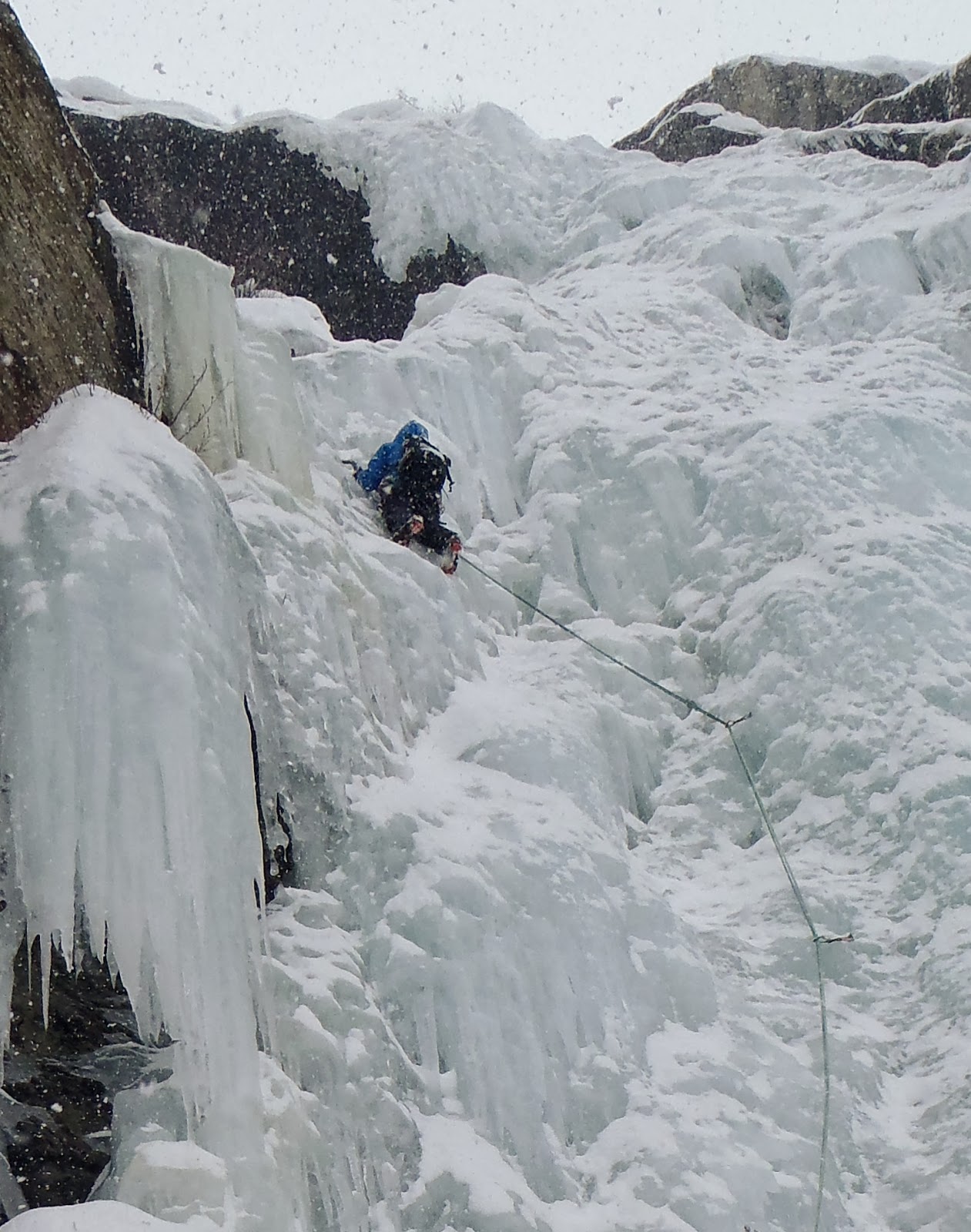 Me leading the second pitch of Antares today in Valsavarenche, Gran Paradiso. 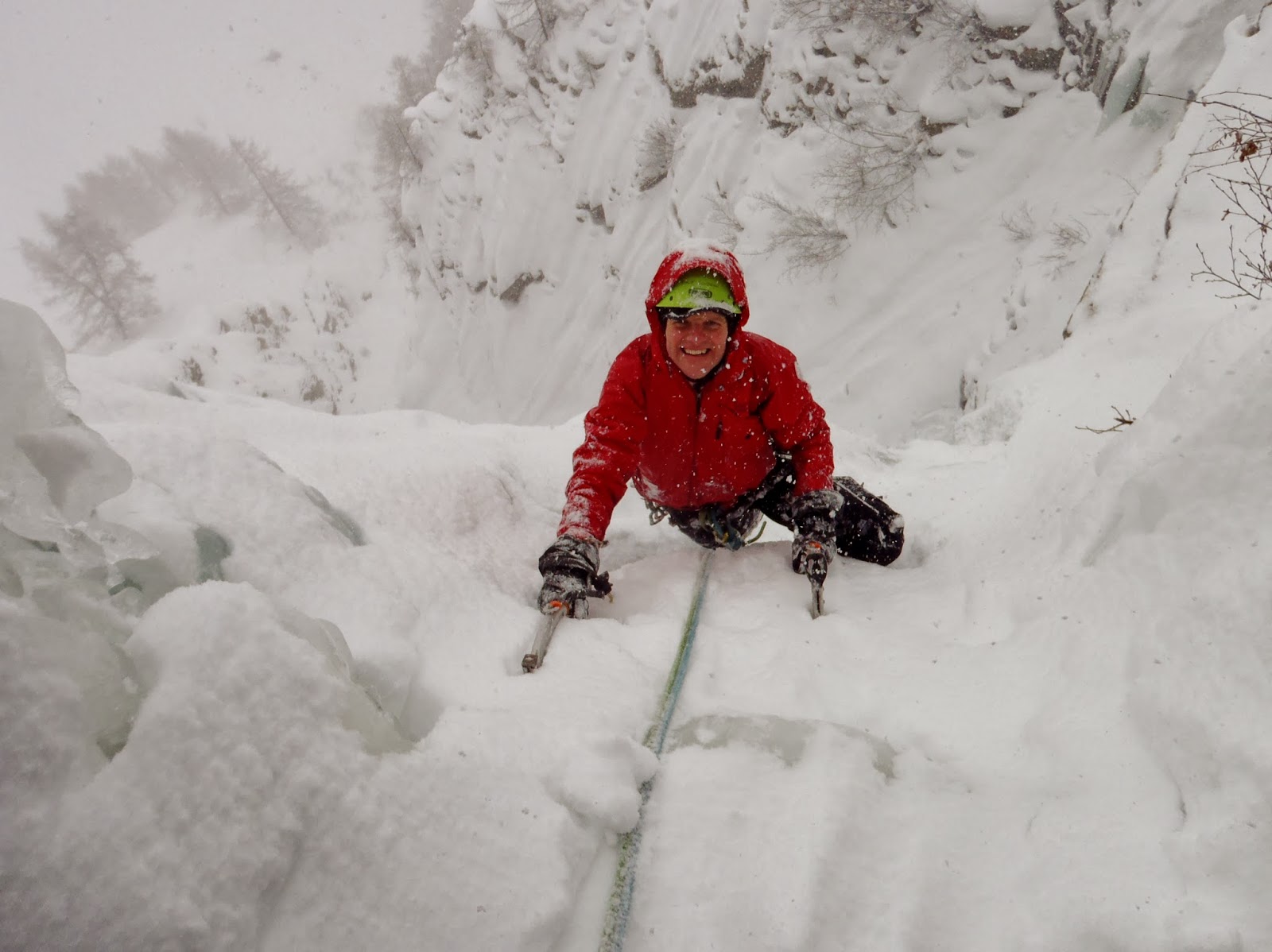 David topping out on the second pitch of Antares today 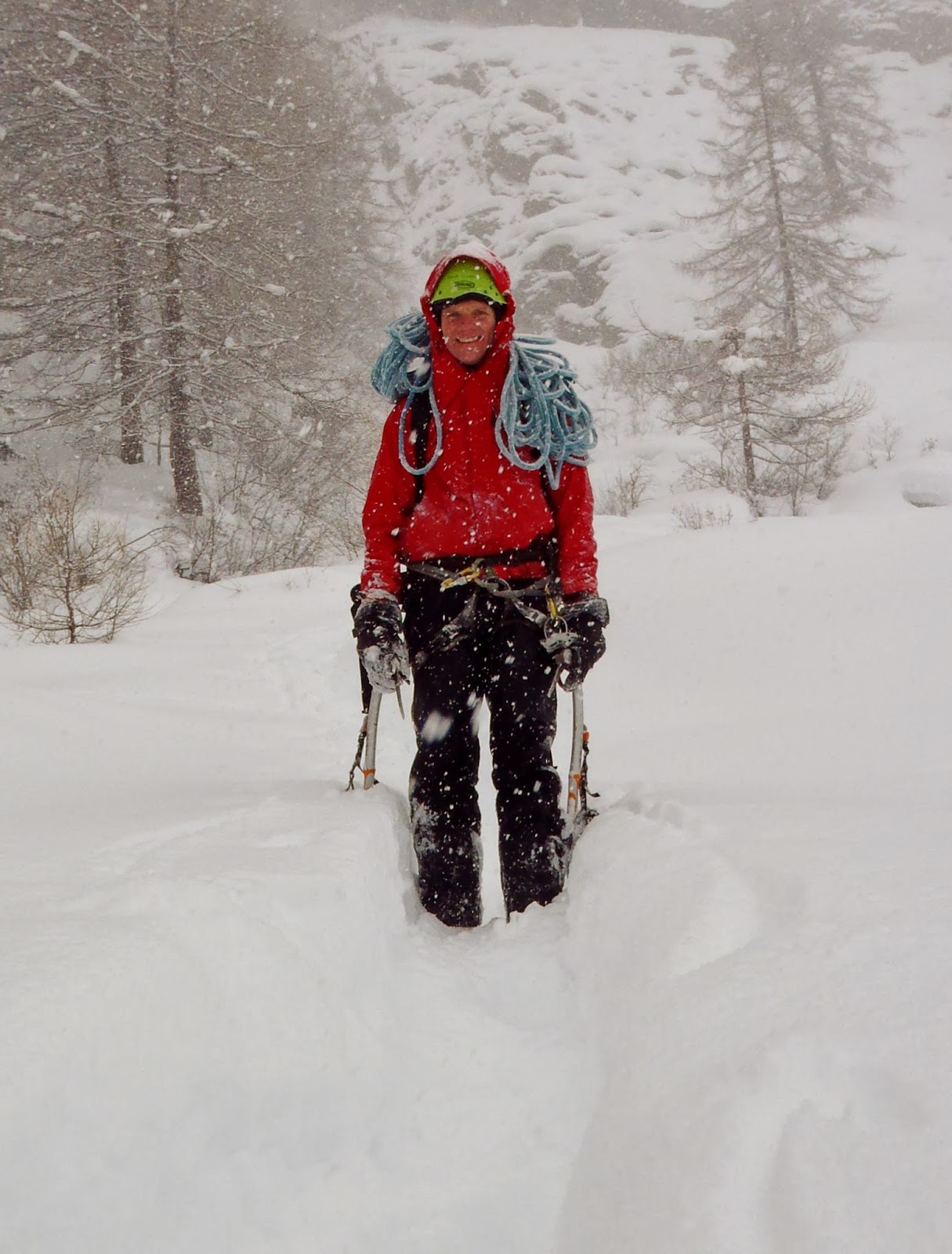 At least 8 inches of snow must have fallen while we were climbing Antares!
The fresh tracks in the deep snow on the road, which we made in the car getting back down the valley were very exciting!