I'm over in Cogne again this week as it seems to have the best of the ice at the moment.

I'm staying at Residence Chateau Royal, which has a number of self-catering appartments and is right in the centre of the village. 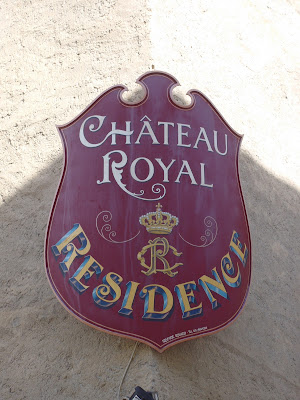 This lovely old listed building used to be the King's house, hence 'Chateau Royal' when he visited Cogne on hunting trips before the Gran Paradiso National Park existed.
The King hunted Ibex in the park which in the end he gave to Italy as a gift, The area then became the first National Park of its kind in Europe which they then called the Gran Paradiso.
The Commune of Cogne took it on and more recently used part of the residence as a library, part area for local gatherings and events. The Club Alpina Italiano also had a tie with the residence for many years. 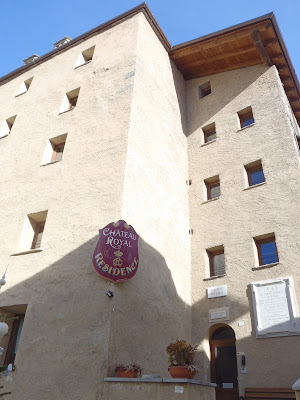 The commune then sold the residence to the region of Aosta due to ever increasing running costs and the need for much renevation, as the Aosta region took on & looked after many listed buildings of this nature.
But in the end the spiraling costs of many of these such buildings forced the Aosta region to sell the building privatley at auction.
The Famille Herren who own & run the Hotel La Barme in Valnontey bought the residence and both Andreas, Stefano and their father worked long hours renovating the 12 rooms inside into self-catering appartments.
Last winter they opened for the first time and this week gave me the opportunity to stay here and see the place for myself.

It's super convenient for the shops & cafe's with plenty of free parking right outside. We've taken a simple studio with an en-suite toilet/shower, 2 beds and a small kitchen/breakfast bar area which is plenty big enough for just the two of us. It works out pretty cheap buying the food in the small supermarket and going self-catering as long as you like pasta which is all we seem to have cooked this week!

Anyway, very warm weather here again with it still around 21/22 degrees around midday but its freezing well over night and the routes out of the sun are holding up well. 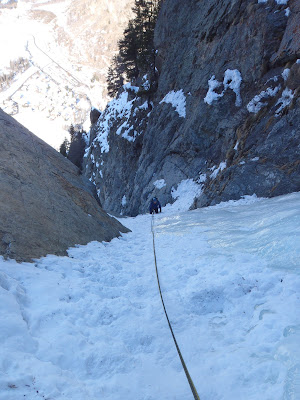 Sagi seconding one of the lower pitches in Lillaz Gully 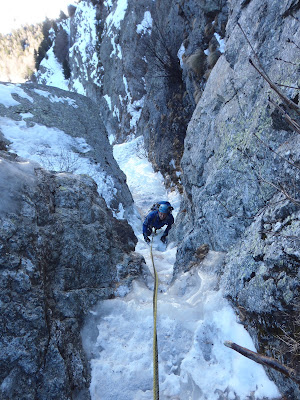 A view from Lillaz gully down to the village of Lillaz, with the south side of Mt Blanc in the distance 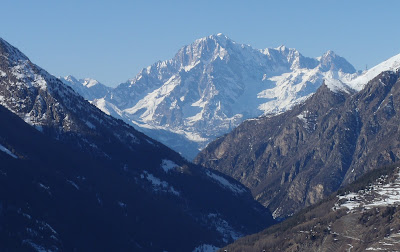 The south side of Mt Blanc seen from the top of Lillaz Gully
In Valeille, the routes I know that are still in great shape are Stella Artice, Cold Couloir, E Tutto Relativo & Pattinaggio Artistico. Routes in Valnontey such as Patri, L'Acheronte, Monday Money, Flash Estivo & Fulmana di Monety are also in very good condition.

Keep out of the sun and you'll have a safe time.