Staying with Herman & Peter Hari at the Hotel Alpina in Kandersteg for the first half of this week.

We had an early start & headed up to the Breitwangflue, which is the huge NW face under the Dundenhorn above Kandersteg.

With the lack of snow here in the Alps, it meant that we had fantastic access to which normally is an arduous walk up to Alp Giesenen & then into the routes. 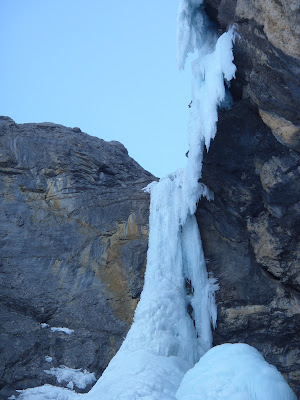 The rarely well formed steep column of Saule 6+
We headed to the far end of the huge Brietwangflue Wall to climb the steep column of Saule. It rarely forms well & the climbing today was steep & strenuous, with very technical featured ice making it hard to get good solid axe placements and solid ice srews. 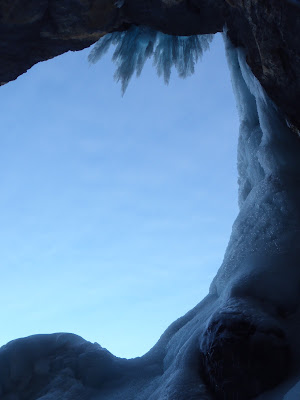 A view out of the cave behind the steep pillar of Saule on the right. 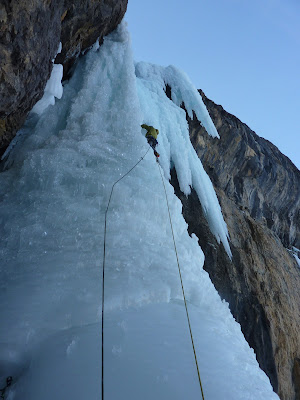 Me leading over the lower featured cone that forms the base of Saule & onto the steep pillar.
The lower features that make up the base cone from which the pillar is then formed are like huge cawliflower ears. They form as the water falls & splashes up, freezing as it does so & in this case creating ears over a metre high which were very fragile, hollow and difficult to protect.
The main pillar was very steep, featured and overhanging in places as frozen bosses of water had formed over the top of other bulges over the top of the pillar, making it strenuous & difficult to find good axe placements. 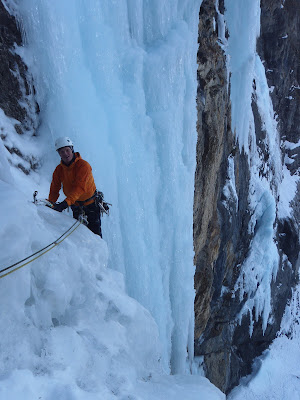 Colin topping out on the Pillar

The view across the valley from the top of the pillar

A team trying what I think is Flying Circus M10 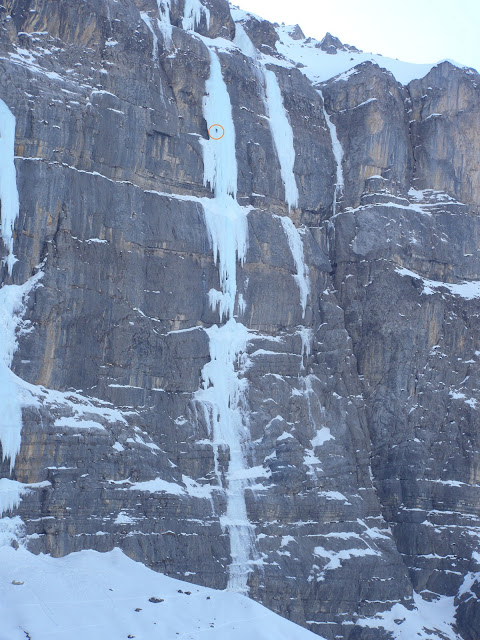 On the way down you pass under the super classic 'Crack Baby' which looks in great condition with a team high up on the route.
Good climbing
Ade
Posted by Adrian Nelhams at Sunday, February 13, 2011