Very warm here in the Alps at the moment - when we left Cogne mid afternoon yesterday & headed over to Gressoney we passed through Aosta & it was a balmy 13 degrees!!

Even though it was super warm yesterday, we headed up to the village of Lillaz & had a great day climbing Lillaz Gully, a classic WI 4 - one of the best routes around at the grade & it faces north! 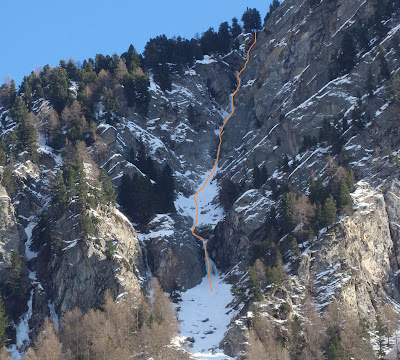 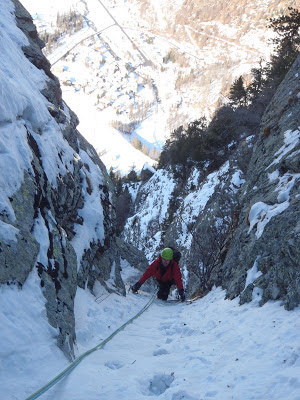 Dave finishing up the narrows near the top of 'Lillaz Gully' - Lillaz, Cogne 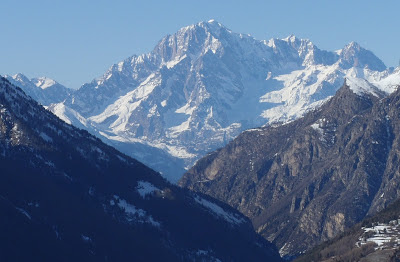 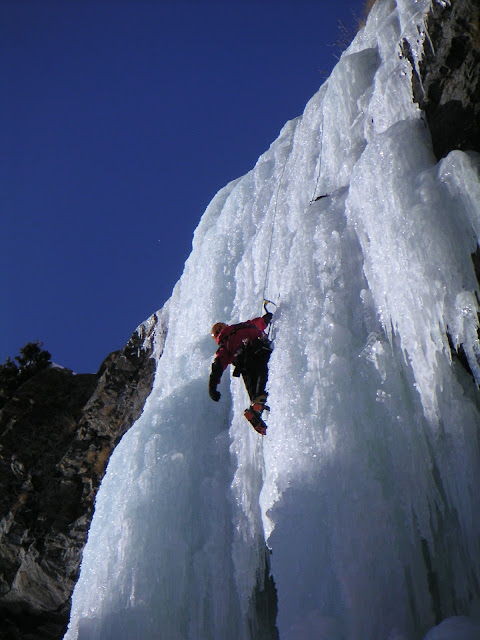 'Tuborg' WI4+ has been in great condition this winter although its getting a lot of sun & warmer weather at the moment so take care. 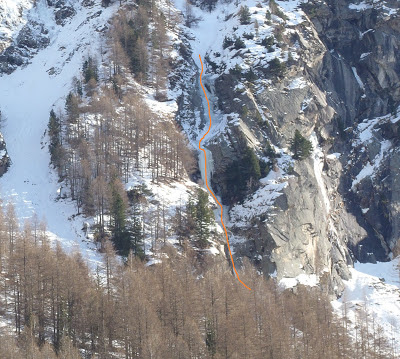 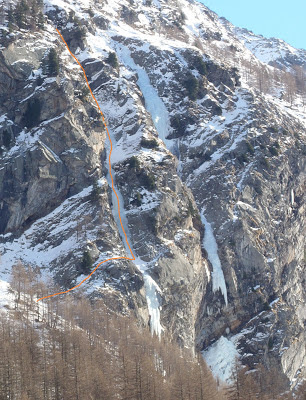 'Patanagio Artistico' WI3+ in great condition at the moment

With only a couple of days left until we needed to head back to Leysin, we decided to have a change of scene & headed over to Gressoney.

We new very little about both the ice climbing here and anything about the place in general. The first thing that struck us was the Swiss influence in this Italian Valley which sits on the south side & at the base of the Monte Rosa chain. (Looking North up the valley you look directly up to Lyskamm & the other 4000m peaks which make up the skyline)

The valley was actually first settled by Swiss-Germans or The Walser people who made their way over the passes from the Swiss Valais in the 12th & 13th Century's. The buildings/architecture are very much like those in the Swiss Valais eg a number of buildings sit on the classic 'stilts' capped by flat round rocks to stop animals getting into grain stores etc. The food even has a Swiss feel which has been very different to that which we've had elsewhere in Italy.....

Anyway, the potential here with regards icefall climbing is amazing, but just not at the moment!

Icefalls line the valley on either side, but in the most part are all washed out. It's just been to hot here this last week, coupled with the fact they've had very little snow, the change has been rapid. More so than in Cogne, where the snow it helping slow the change during this unseasonally warm period. The bare ground here has heated up so quickly it's under mind the ice & fast melted out many of the routes. 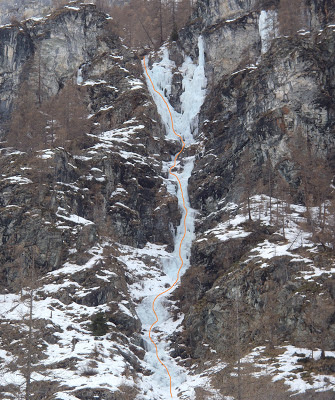 The line today of 'Ipsilon' WI3+/4, 200m - Gressoney, Italy
The route was in surprisingly good shape, considering the 10 degrees today! 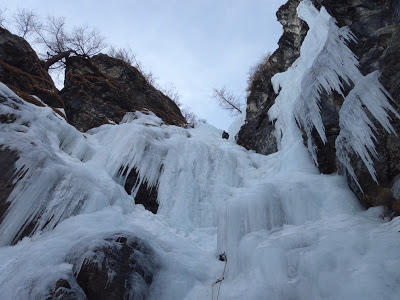 It looks a fantastic venue when in condition & it's been a great short trip which has inspired me to come back next year & enjoy some of the many great looking lines here - another one for the growing list!