I had another great day with Tim in Kandersteg on Sunday & then headed over to Morzine early yesterday, as I'd had a text from a friend of mine who lives just outside of Morzine saying 'La Dame du Lac' was formed.

With the 1st ascent of this grade WI6+ pillar back in 1992 & the 2nd ascent 8yrs later it's an amazing ice formation that rarely forms big enough to climb or falls down before it's fully formed - If it's in condition we had to go & climb it.

Jacky had been watching it all winter.........It almost formed in December but then fell down, but with this great melt freeze cycle where having at the moment it had touched down, filled out & formed well enough to climb. 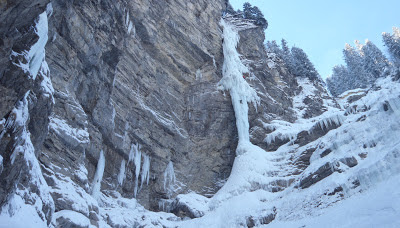 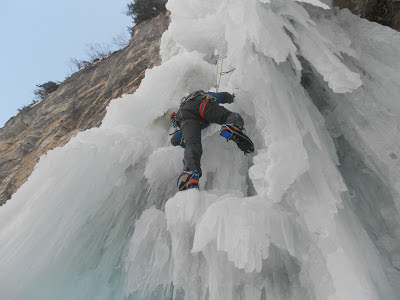 Another team starting up the 2nd pitch in front of us - steep, featured & fragile climbing 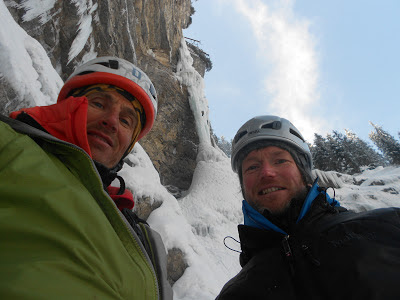