We drove up to Lillaz today and climbed the super classic Cascade Lillaz.

The flat short walk into the cascade was a treat on our last day here in Cogne. Climbers everywhere for the first time which was a bit of a shock, as it's the Cogne Ice Climbing Festival this weekend signalling the start of the ice climbing season here in Cogne. 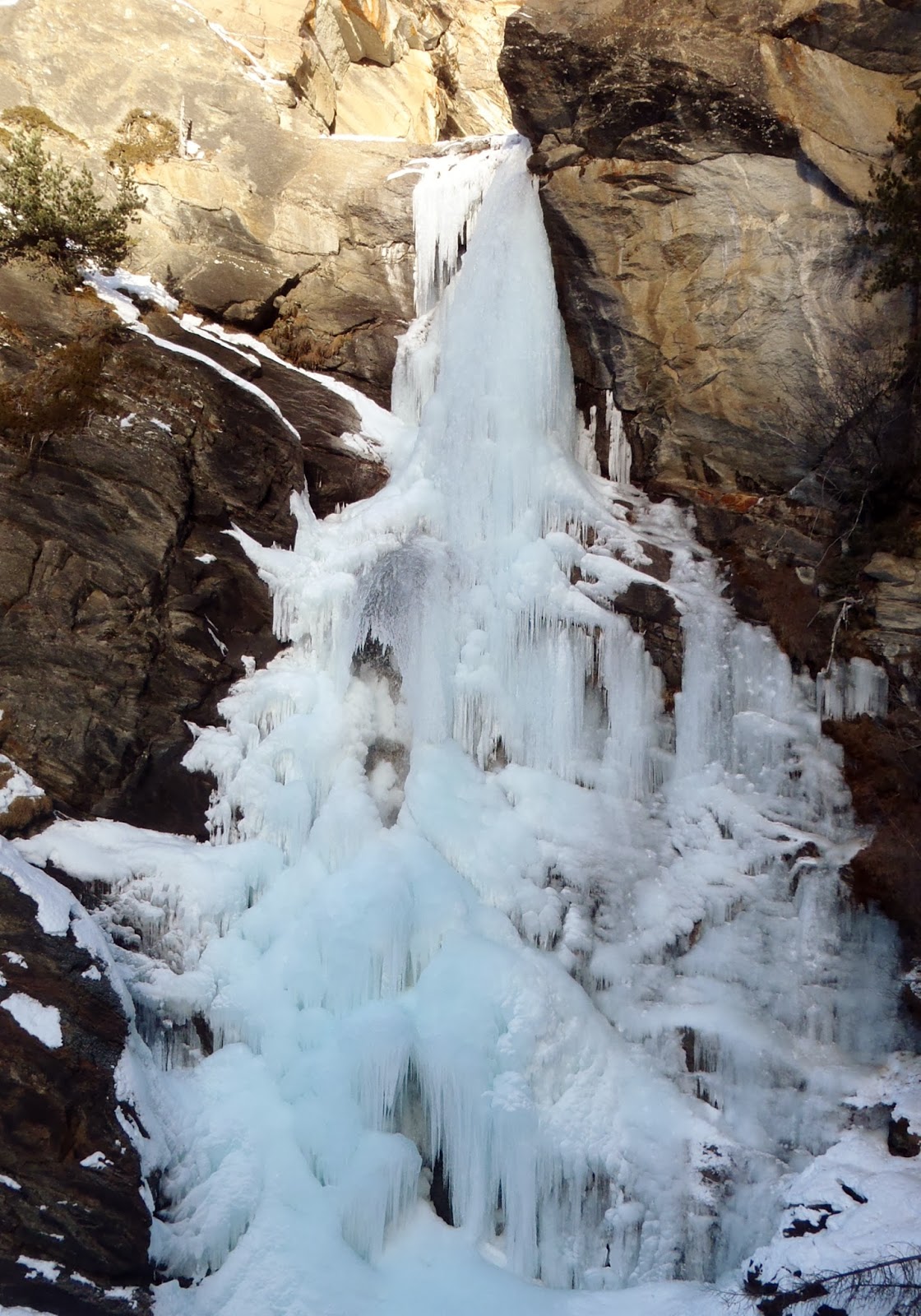 The first pitch of Cascade Lillaz today, which was complete but not fully formed enough to climb - there was a lot of water still running behind a thin lens of ice for the most part of the steep climbing and crucially where the icefall connects at the top! 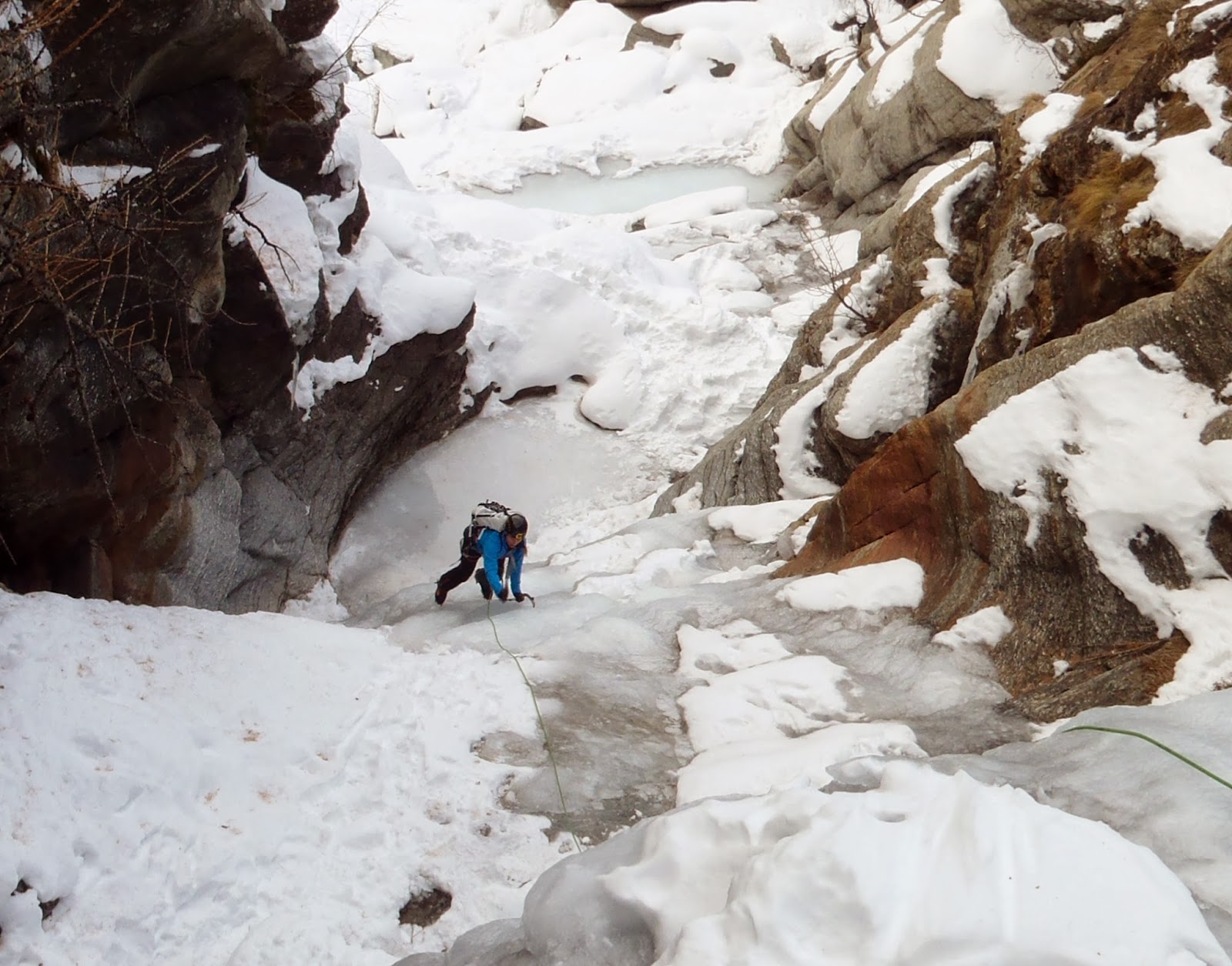 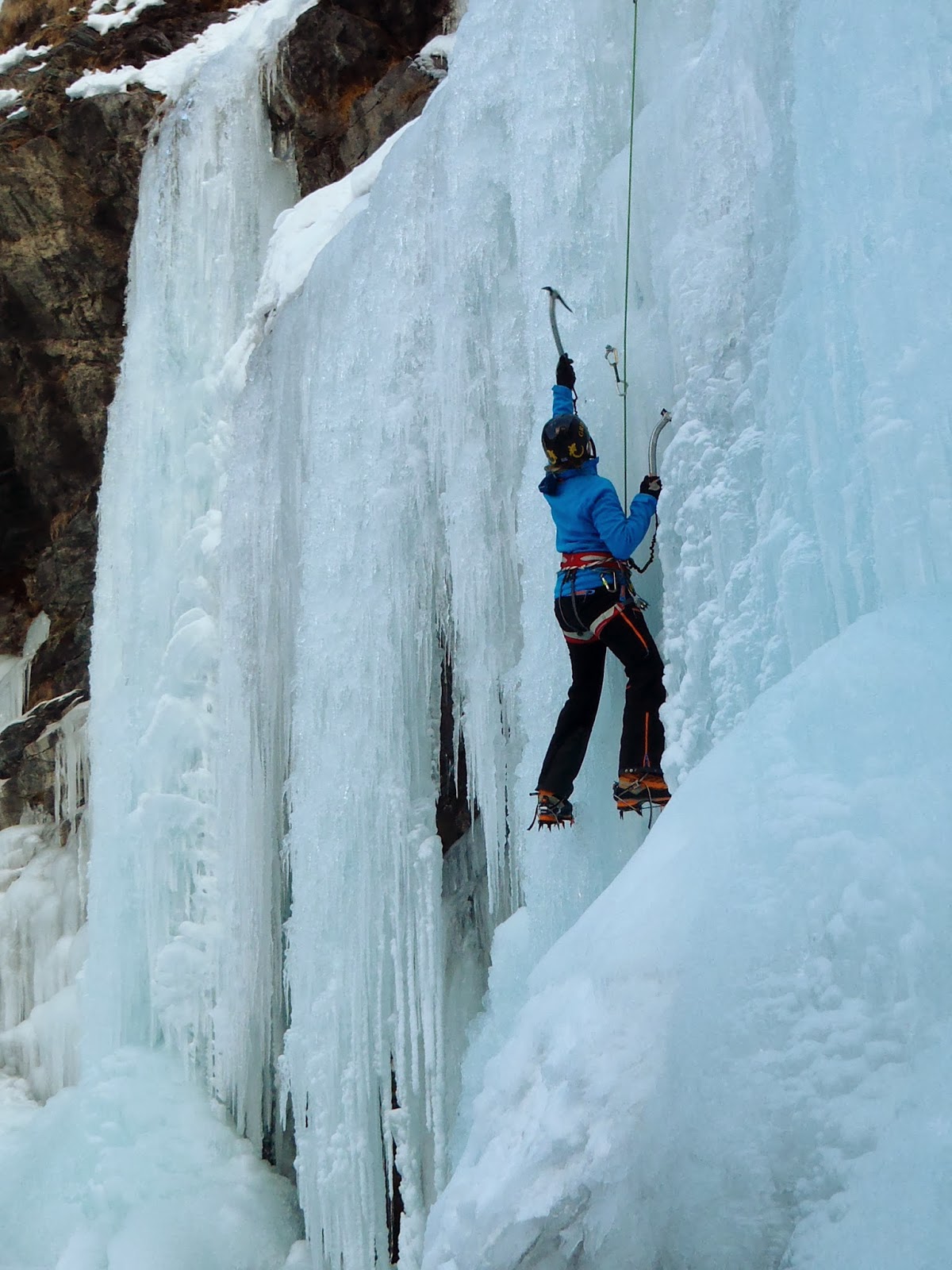 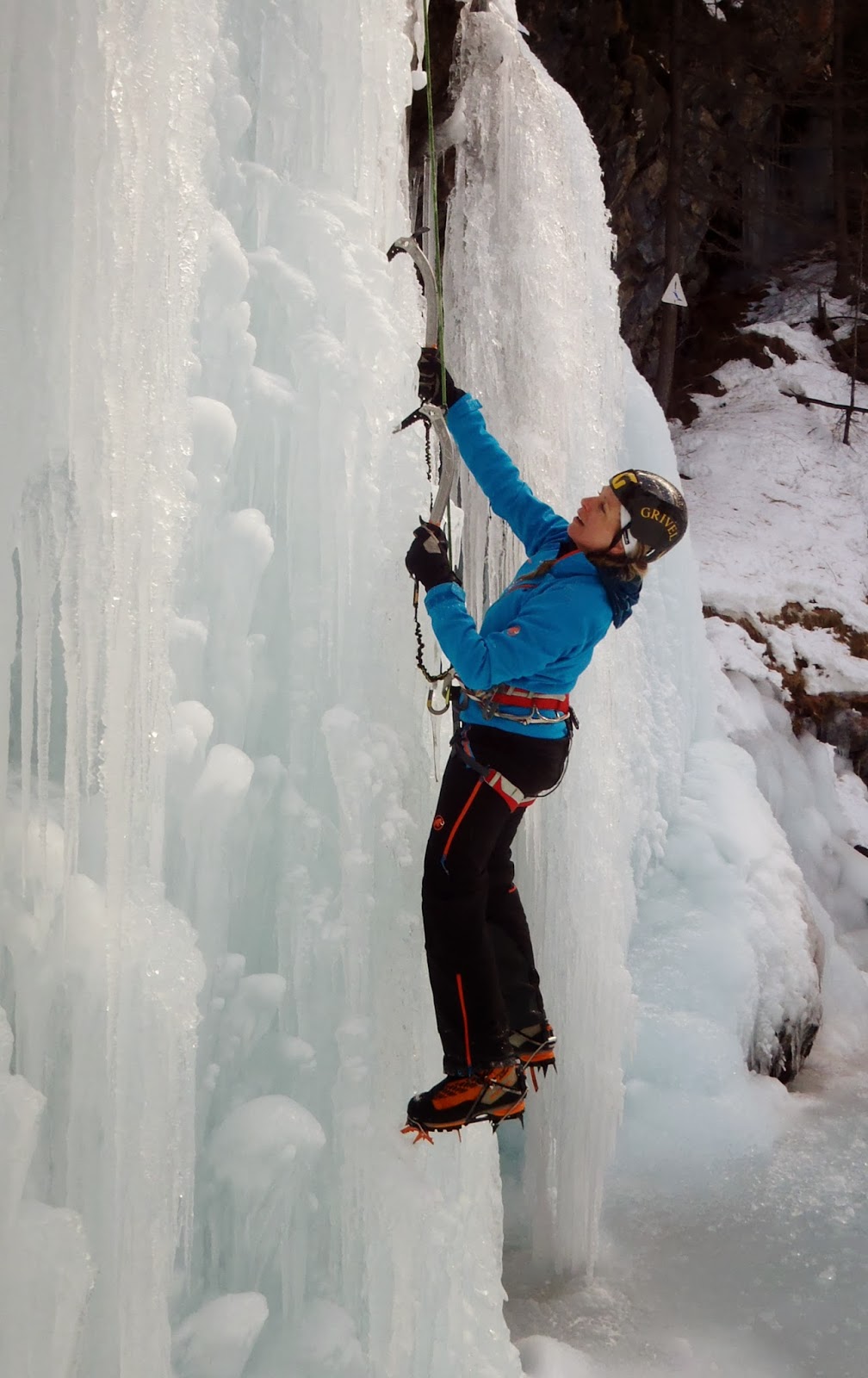 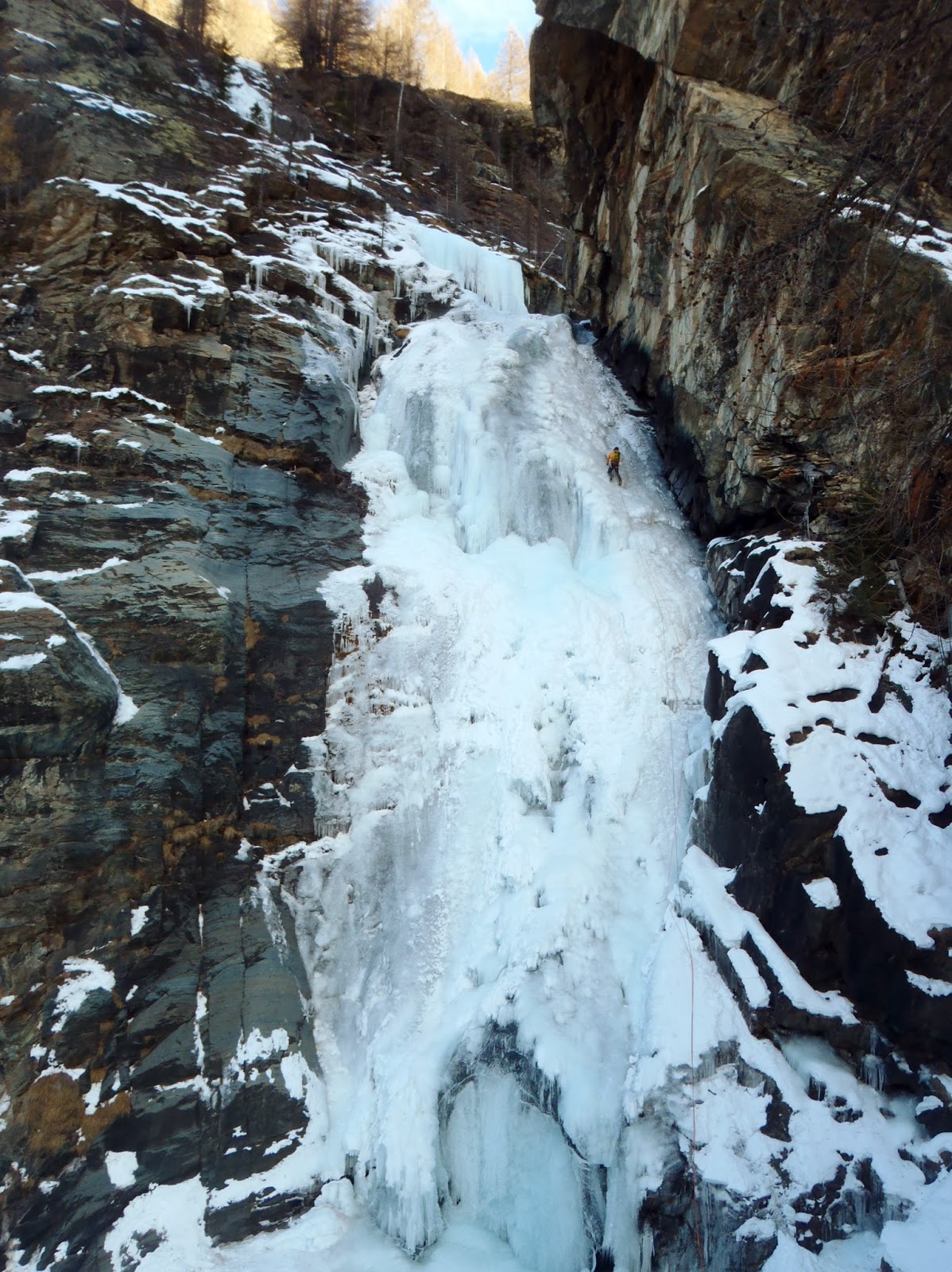 We headed back to Lillaz and joined in with the festival by way of enjoying a free lunch! and social with some of the local activists here in Cogne. There were climbers enjoying technique workshops, borrowing test gear and later this evening there's films/talks and a good social which should be great.

It feels strange though as we've had the place to ourselves up until today, which I know is rare and also inspiring and why you'll definitely see me back here again early next season to enjoy whatever the area gives 'up' and what we can 'tease out!'

I wonder what mixed action is going on in the Lakes at the moment!