The highest spine of peaks solely in Italy (Mont Herbetet, Becca di Montandayne, Piccolo Paradiso and the highest summit Gran Paradiso itself at 4061m) split Valnontey and the next valley west Valsavarenche which runs parallel to it. 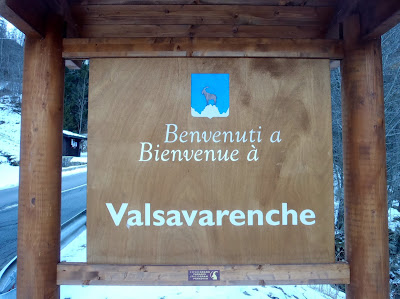 It's a much lesser visited and hence quieter valley with the small hamlet of Pont at it's road end. It's from here that you generally climb the Gran Paradiso in summer time. Marked footpaths take you up the steep valley side to the Refugio Chabod and the Refugio Vittorio Emanuele where an overnight stay followed by an 'alpine start' will take climbers onto the glaciers and up the the highest summit at 4061m. 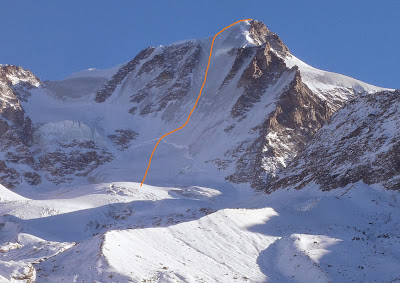 Great views across from Antares to the classic North Face of the Gran Paradiso.

But it's the ice we're interested in today and we found Antares being in great condition. 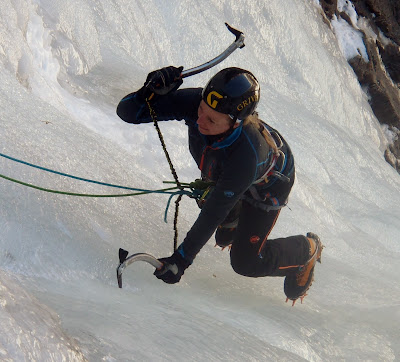 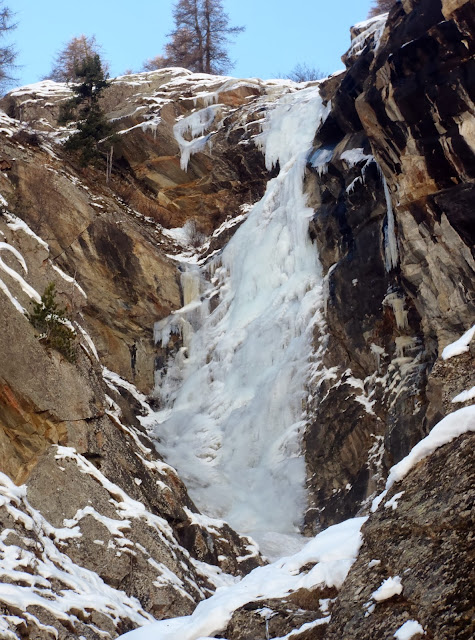 An early view of Antares from low down in the initial snow gully - Valsavarenche. 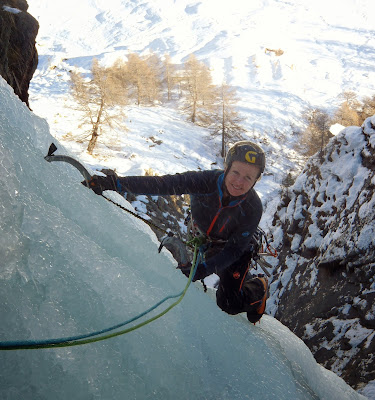 Dawn topping out, after enjoying some great ice on Antares today 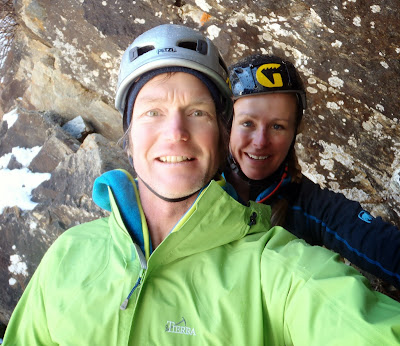 A fantastic panorama of the peaks looking across the valley from Antares
Left to right - Mont Herbetet, Becca di Montandayne, Piccolo Paradiso and the highest summit Gran Paradiso 4061m

Again, it felt like we were the only people in the valley climbing today.

You've got to love the ice!