We headed back over to Valsavarenche today and on up to the head of the valley to Pont at 2000m.
We drove up to Pont yesterday after climbing Antares and saw some great looking ice on the east side of the valley looking across from the Hotel Gran Paradiso which I'd not climbed before. 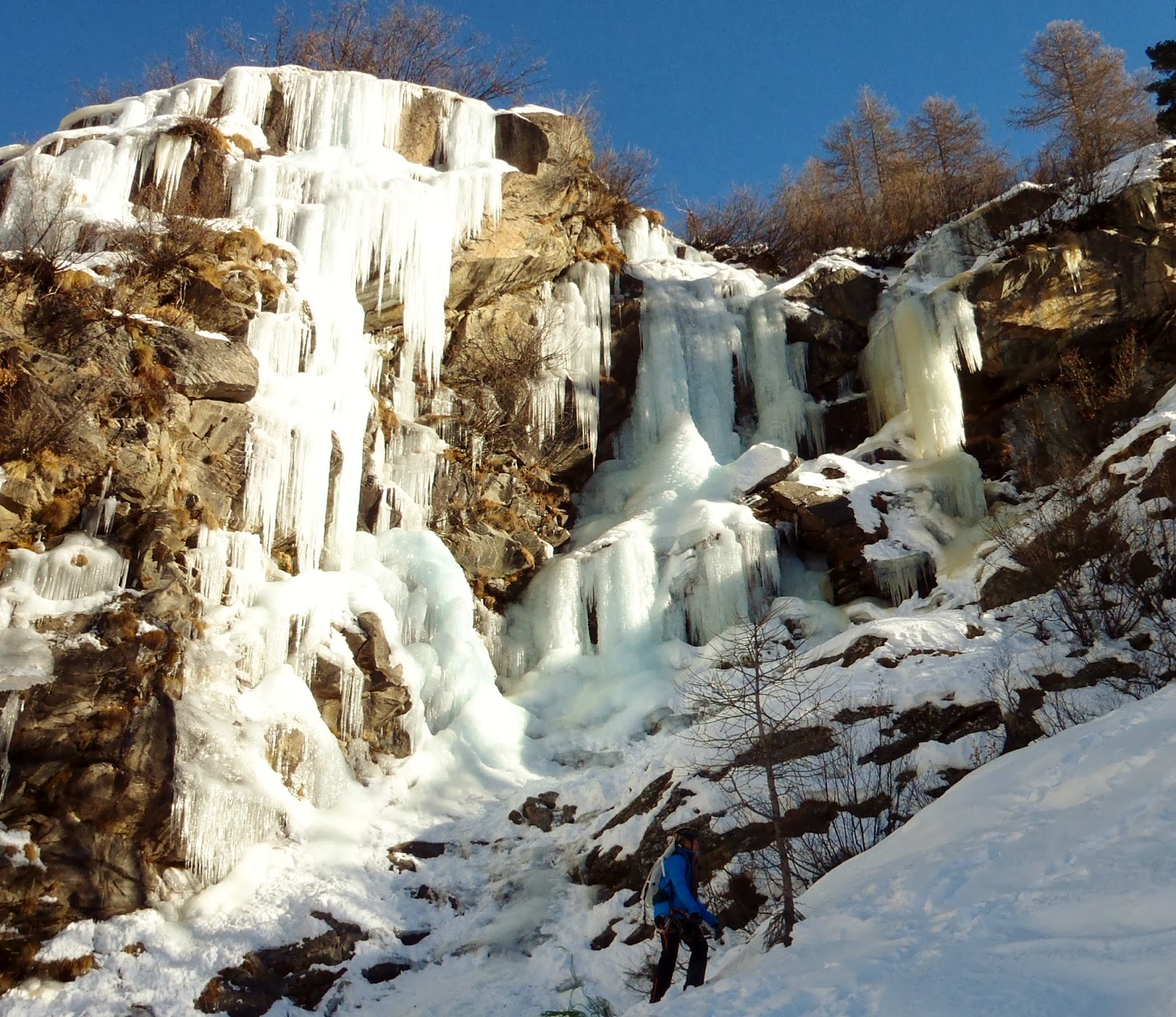 The routes aren't in any guidebooks I have with me here and almost sure that they're in an old Italian ice climbing guide I have at home, but now unfortunately out of print but called 'Cristalli e Diamanti' which I have a copy of at home.

The routes were in great condition and almost sure they'll form most seasons, as they have good drainage from above. 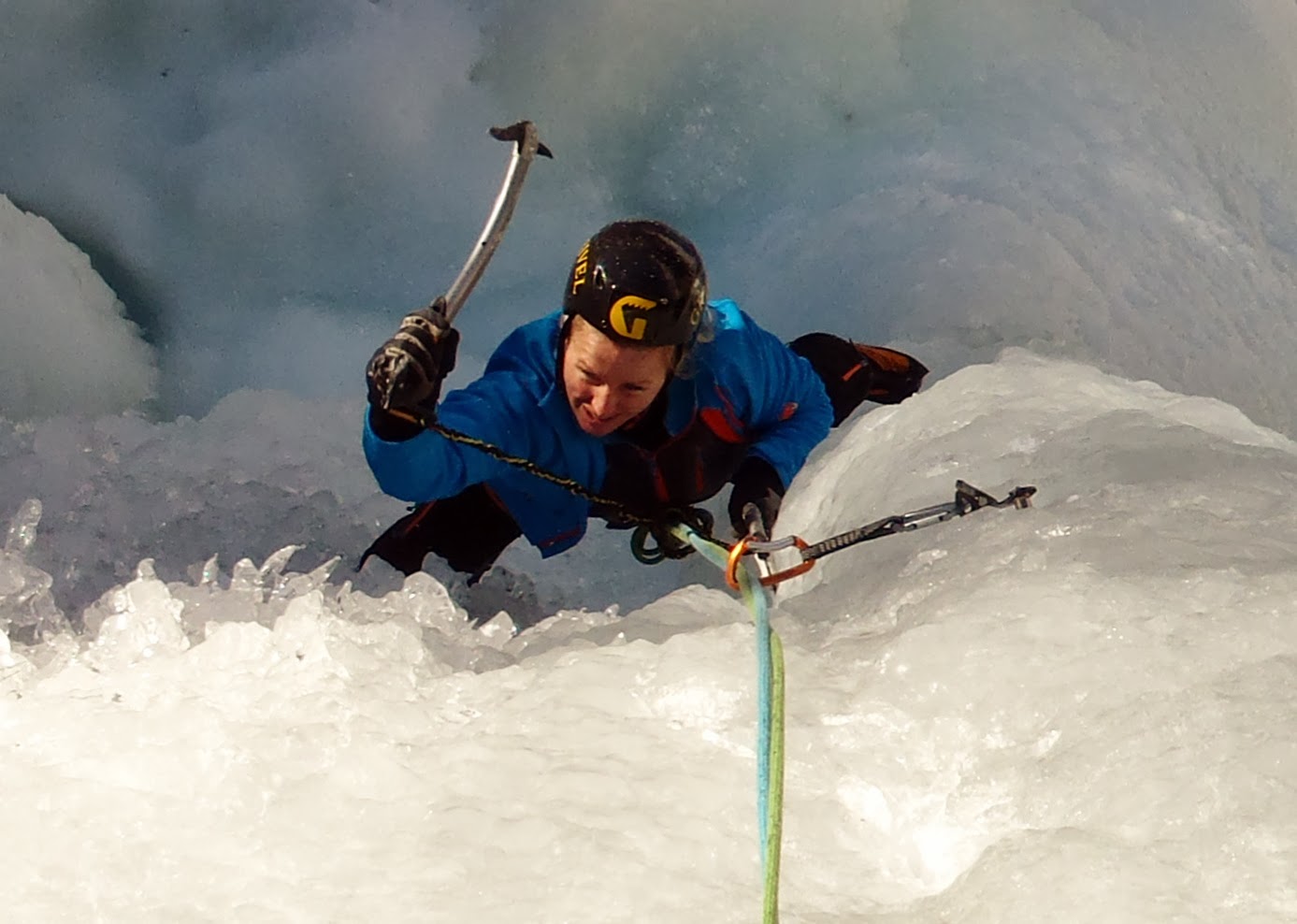 After breaking trail in knee deep snow up the main drainage line beneath the icefalls, we then ran the rope out for a couple of pitches on easier angled ice which led us to the base of all the routes. 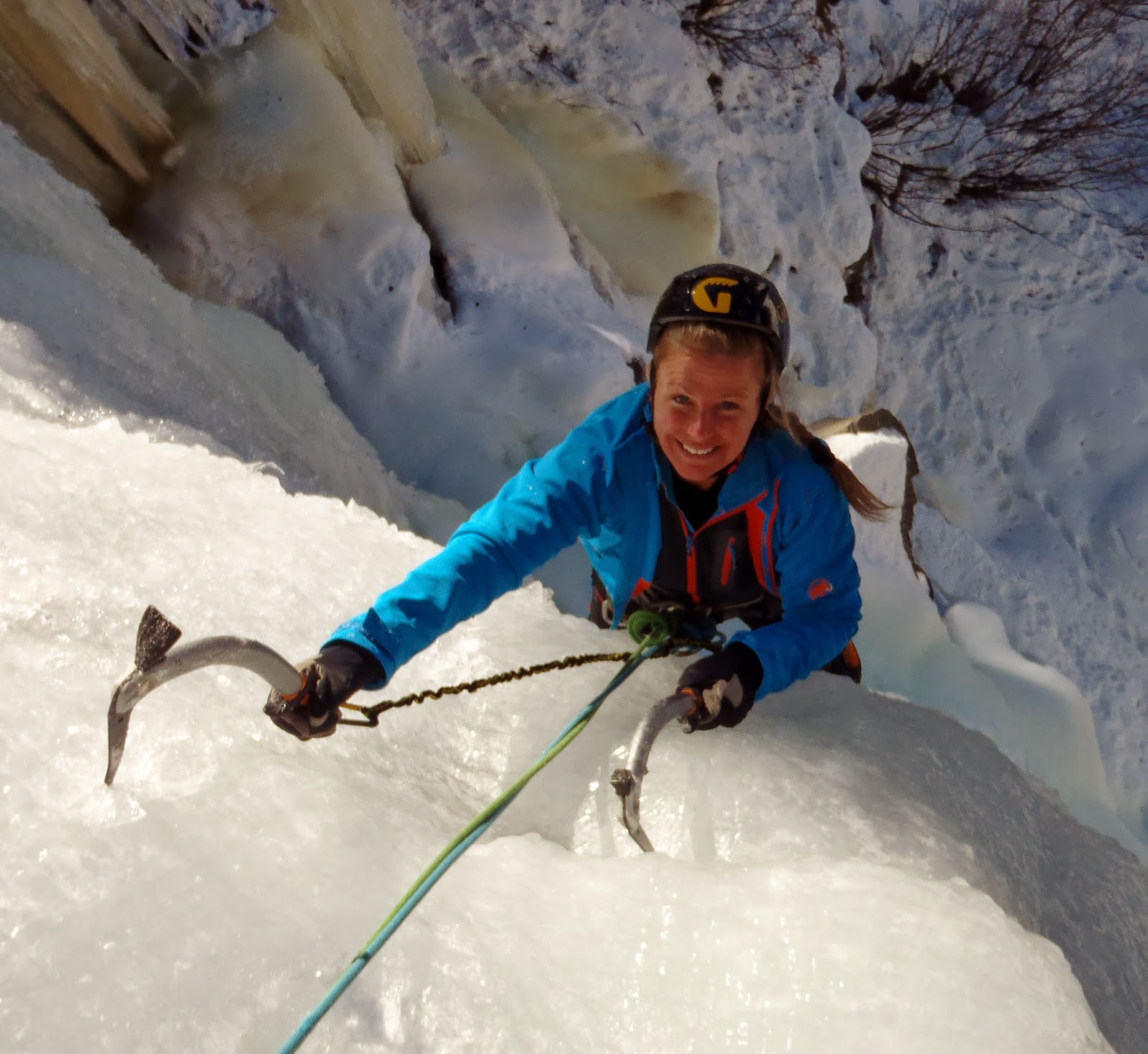 Dawn pulling over the top of the steep central pillar - Pont, Valsavarenche.

We had a great day today, which felt all the more adventurous due to the fact that we'd just seen the routes the day before while drinking a coffee in the Hotel Gran Paradiso and then with no information went back today and climbed them - fantastic!

The Cogne Ice Climbing festival starts tomorrow in Lillaz which should be fun and with the offering of free food and drink, well who could resist!