Super hot today & not the brightest idea to pull hard on a south facing crag, but I fancied the idea of heading up to Raven Crag in Langdale & having a look at Eulogy E6 6b

Leo & Woody were up for some action, although time was tight as it's Wednesday & both Woody & myself were on the school runs.

The route starts just below the impressive & classic corner of Trilogy, but steps right as for Pluto (which is a great route in itself, traversing under this steep wall at HVS) & after a couple of metres heads straight up with hard pulls over the overlap gaining a sloping ledge with small crimps & more hard pulls until onto more steady ground cutting back into the final hard & overhanging corner of its neighbour Trilogy.

The heat didn't really effect the climbing, the rock didn't seem to sweat up or feel greasy which was a shame as I could have used that as an excuse for falling off above the crux & moving to the more moderate ground! although maybe being last up, the rock had become more greasy!!!

Leo then belayed Woody, so I was able to get some shots. Woody did a great job hanging in there through the 6b bottom section & working it all the way to the top. All those circuits down the Fly Cave is really paying dividends! - Good effort Woody. 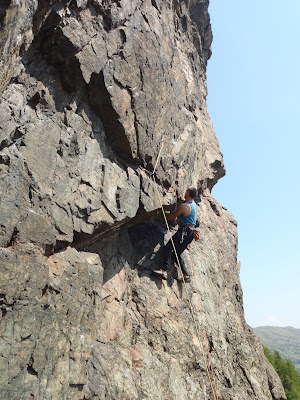 Woody pulling through the bottom overlap. Undercut holds & high feet allowed you to clip the peg & then step back down to shake out before committing to the stiff pulls to gain the sloping ledge........... 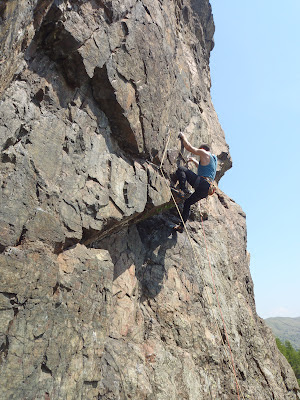 Pulling over the overlap & committing to the still overhanging wall, awkward feet & hard pulls gain the ledge & small crimps above 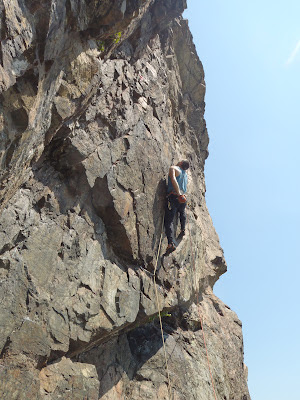 Woody really working hard, sticking & holding a small crux edge on the sloping rail to pull up & run his feet up to gain the small crimps above & then onwards through the second crux section. 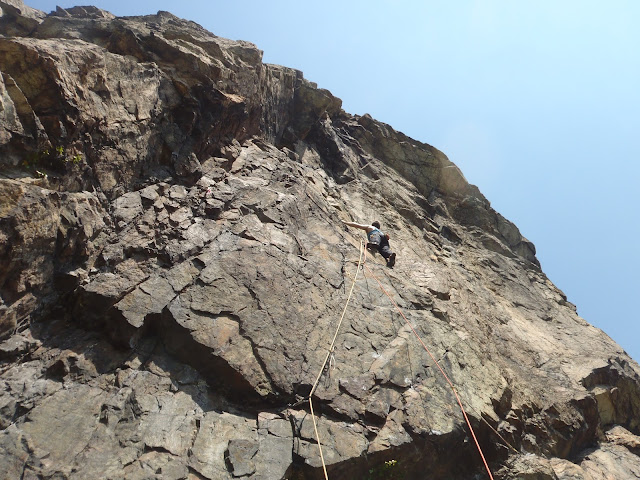 It's a fantastic line, in an impressive situation & a route I can't wait to get back onto - I'll nail it next time!