A fantastic day today with both Woody & I climbing a great new route on Raven Crag in Langdale.

Woody was belaying a mate on Armalite last week & saw a new steeper direct line up the shield of rock which Armalite traverses across.

Armalite's a route on the steep Lower Gully wall on the left flank of Middlefell Buttress as you approach from behind the Old Dungeon Ghyll Hotel.

Woody's route takes a plum line, directly up the steep shield of immaculate Rhyolite rock cutting through the traverse on Armalite & then directly to the top with some fantastic climbing - great job Woody. 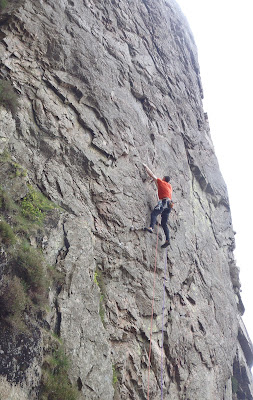 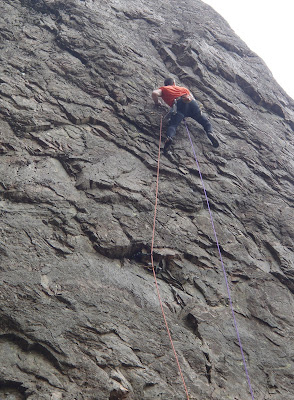 Woody pulling through the high crux on his new route? E5 6a 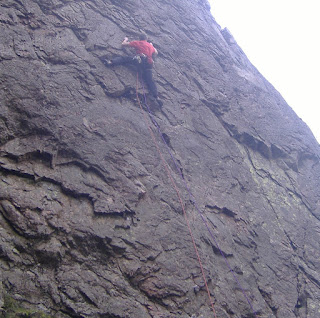 Me high up & making the 2nd ascent of Woody's new route? E5 6a, Raven Crag, Langdale. 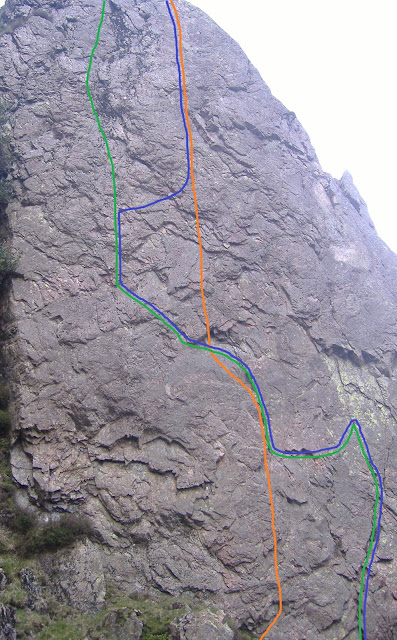 Fantastic, you've just got to love the Lakes!

On the way in, Woody waxed lyrical about the time Dave Birkett was over in the Himalaya climbing with I think John Dunne.......
Anyway they were hauled up in some bad weather for a few days, but the next morning they woke up to find the weather had cleared through, leaving clear blue skies & beautiful snow capped peaks.
John was stood there, totally dumb truck by the stunning views
Dave looking up said 'yeh but it's not Langdale is it!!'