The Miroir d'Argentine sits high on the hillside above the small hamlet of Solalex situated on the outskirts of Villars in Vaud, Western Switzerland about an hour from Leysin. It's a beautiful valley which terminates at a couple of farm buildings & the Giocomini Refuge. To the north the huge south face of Les Diablerets rises in a mass of broken rock up to it's snowy summit. To the south the summit & long jaggedy limestone ridge of L'Argentine rims the opposite side of the valley. 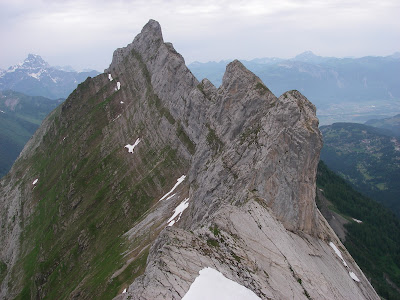 The view from the summit looking back along the main ridge of L'Argentine & the top few slab pitches of Le Miroir in the bottom right of the picture.


The Miroir as it's known is a huge 500m limestone slab & wall which rises up from the valley floor to the ridge & summit of L'Argentine. It's an amazing limestone feature offering many classic routes of all grades climbing slabs, faces, cracks & chimneys. I believe it got it's name from when this huge face becomes a mirror, when during the summer a heavy  burst of rain soaks the slab & the sun immediately comes out & is reflected back off the wet limestone surface. 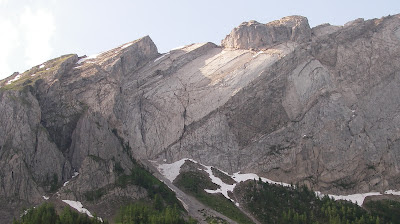 
The routes are all bolted but may feel run out in places so I reckon take a light rack if your not climbing well within your grade. It's about an hour steep walk-in to the base of all the routes. Don't carry in to much, maybe a spare base layer, warm top, windproof, water & a little food as any more is just extra weight & you'll carry that weight all the way up the 12 pitches & over the summit!
It's about a 6 to 7 hour round trip & make sure you have a good weather forecast as you don't want to be abseiling back down the face in the eye of a storm.
The face is also north facing, so an early start in the summer will see most of the pitches climbed in the shade which is great.
Be careful very early season as there are sometimes snow patches left dotted about high on the face, which in the sun will eventually release down the face. There were a couple last week, high on the left side of the face but we never had to climb under any of them.
With a good weather forecast I normally climb the routes on a single 50m rope but if there is a chance they you'll need to bail for any reason 2 half ropes would be the way to go, but the speed of managing just the one single rope.................. 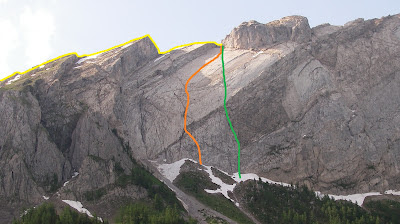 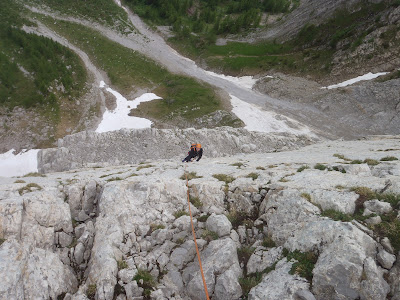 Paul Cassey having an awesome time face climbing on the Directe, Miroir d'Argentine 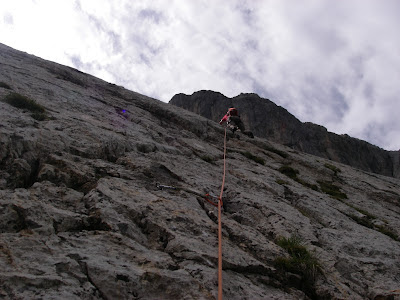 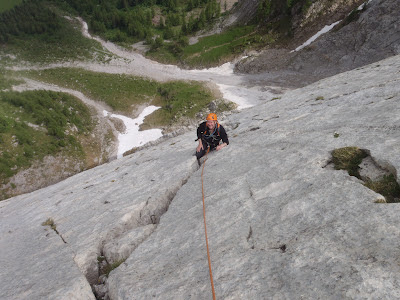 Paul enjoying one of the many great pitches high up on the Directe, Miroir d'Argentine
We had the whole face to ourselves, as we were the only team climbing, which is amazing considering the accessibility, quality of the routes & fantastic views. 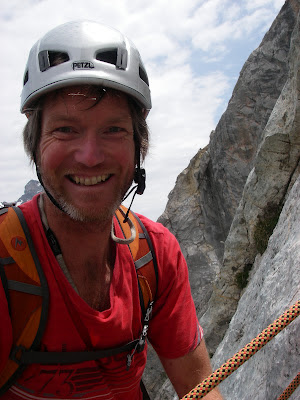 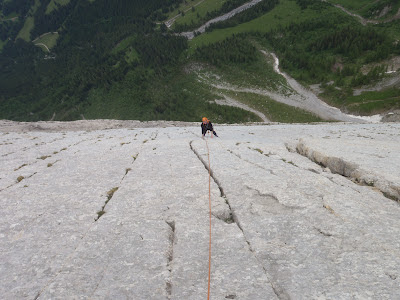 Paul enjoying an awesome crack pitch on the Directe