All the rain & cold weather was coming down from the North, so we headed south of the Mt Blanc range in the hunt for some sunshine. Leaving the Mt Blanc tunnel behind us, sunshine beamed in through the car windows & we continued down through Aosta to Arnad a small Italian village surrounded by vineyards & crags - what more could you want! 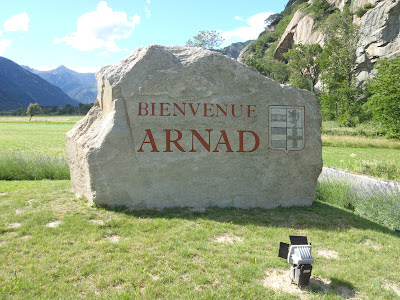 Arnad's a great venue to head towards if the high mountains are blown out with bad weather as it's far enough south to generally get dry, warm, sunny weather. The climbing here is fantastic from single pitch routes through to the longer 12 pitch routes such as those on Il Paretone. ﻿

The classic Il Paretone, Arnad, Aosta Valley
There are over 40 routes on this huge dome of a crag from 4a to 7a in grade with many of the routes in the 5c & 6a range. The rock is a fantastic gneiss giving steep face & slab climbing with great friction. 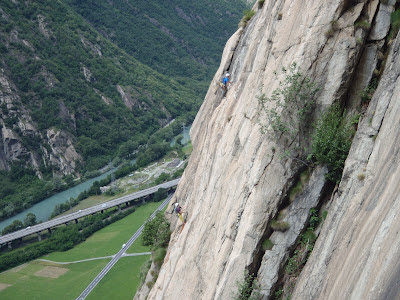 Great views down the Aosta Valley from Il Paretone, Arnad 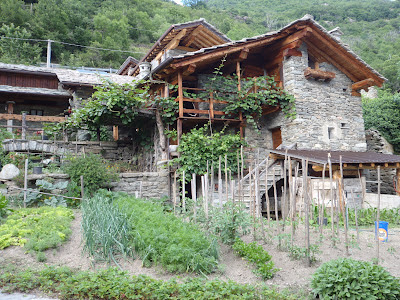 From Arnad we headed to the Gran Paradiso & into the mountains - we wanted to climb the North Face of the Gran Paradiso which I thought would be in great condition given the snow conditions & being this early in the season. We headed up to the Refugio Chabod which gave us great views of the face, 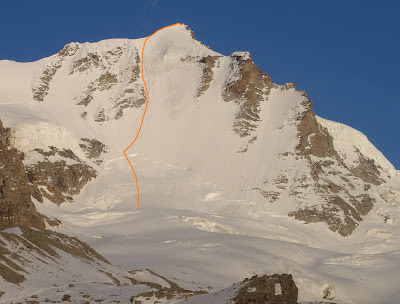 The classic North Face of the Gran Paradiso 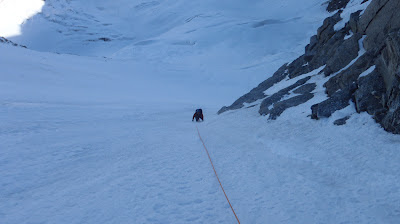 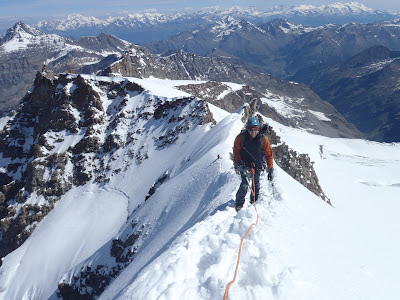 a very snowy view from Brevent in the Aiguille Rouge across to Mt Blanc on the right in the cloud, L'Aiguille du Midi in the centre & L'Aiguille du Plan on the left.

Another view from Brevent but a little further left showing the Chamonix Aiguilles on the right, the Mur du Glace flowing down the valley in the middle & the Aiguille Vert being the obvious big peak on the left. 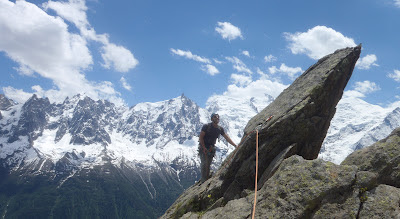 Enjoying some fantastic granite climbing in the Aiguille Rouge

A great week's climbing, considering the weather that was when I first arrived in Chamonix