It was a lot colder here at La Barme last night -10 degrees, so we headed into Valaille today.

There were teams on E Tutto Relativo, which looked good. 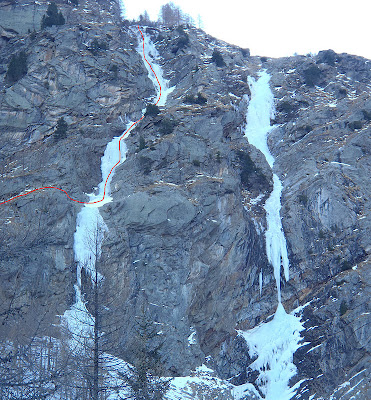 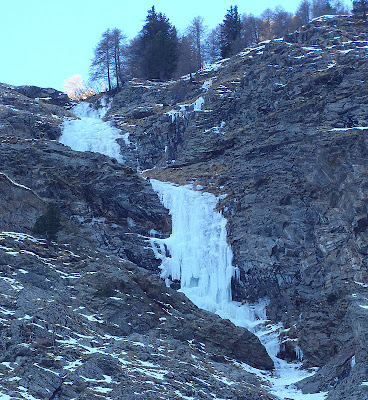 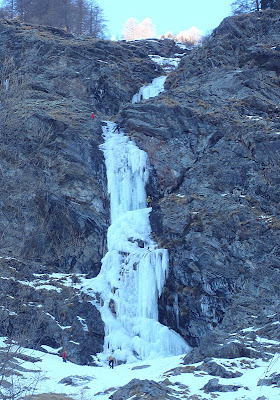 There were teams walking into Candelabro del Coyotte as seen here, but I thought it looked a little thin & patchy on both pitches & wouldn't have liked to have been on it when the sun came around at midday. 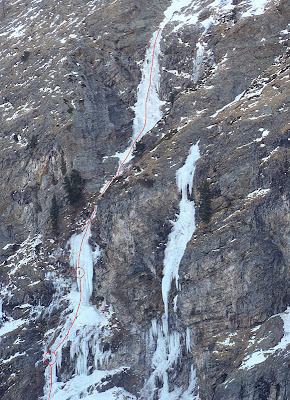 There were a couple of teams on Stella Artice seen here. The first pitch looked a little patchy but its not steep ground & lays back up to the base of the steep pillar which looked great. The top pitches looked fat enough to.
Inachevee Conception to the right of Stella Artice also looked good but didn't have any teams on it. 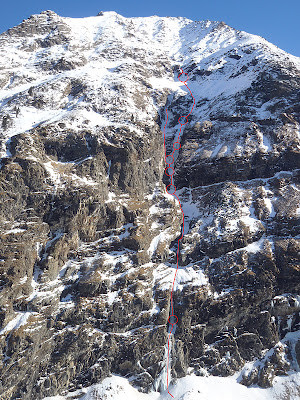 There were a good number of teams in Cold Couloir today & the conditions looked fantastic - good ice from bottom to top & stable firm snow in between - great, better than a lot of other years. 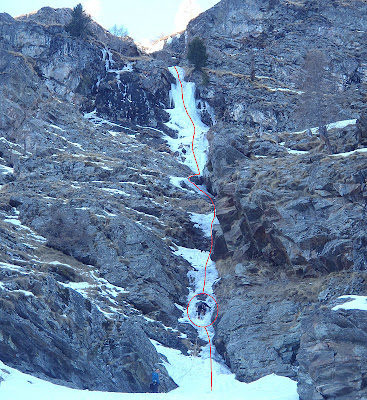 Chandelle Levure WI4 180m
We climbed Chandelle Levure today - the first pitch was thin & patchy but the gully lays back & it felt fine. The upper pitches were great if not a little sun bleached in places. There was one team in front of us & they continued on to the top of the route & said the final steep WI4+ pillar was in great shape & fat. 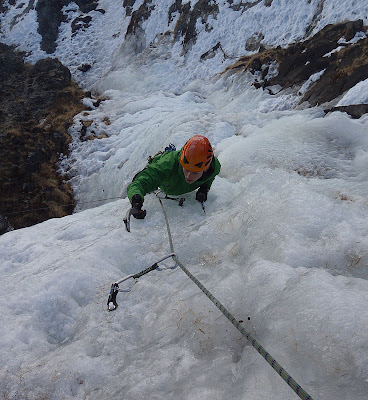 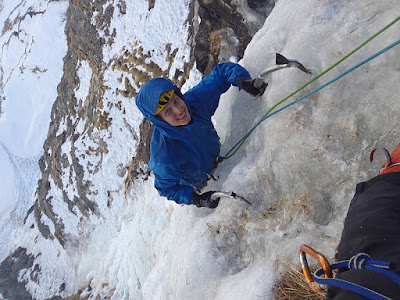 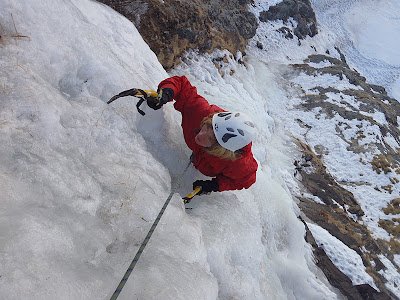 Jennifer doing a good job seconding pitch 4 on Chandelle levure.
It was super warm in the sun today & it needs to go cold again to really firm up the lower pitch of Chandelle Levure as there was a lot of water running under the ice in places. The final steep WI4+ pillar doesn't get much sun & the suns off the steeper lower WI4 pitch just after lunch, which worked very well for us as it wasn't anywhere near as wet as when its in full sun mid-morning.
Very warm everywhere & we need some colder weather to fill in some of the gaps - conditions a lot leaner this year here in Cogne with many routes not formed, but still plenty to go at & much more than else where in the Alps, but take care!
Safe climbing
Ade
Posted by Adrian Nelhams at Thursday, January 26, 2012