I had a change of plan this morning - the plan was to head up into Valaille the parallel valley to Valnontey 5mins drive from Cogne, but with overnight temperatures of only -3 degrees here at La Barme & with many people around climbing only a handful of routes, I decided to head over into Valsavarenche & up to Pont which is around 2000m in altitude where I hoped it would be colder & quieter.

It was -6 degrees when we arrived at the parking, at the base of Antares & were the only climbers in the valley today, only 1 or 2 cars passed us during the whole day! - it was so quiet, we had the whole valley to ourselves

Antares was in great shape. 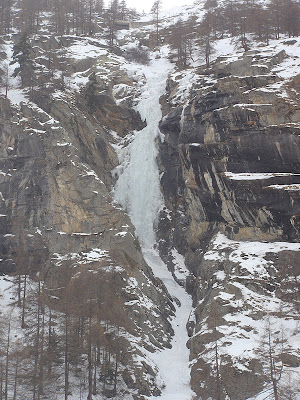 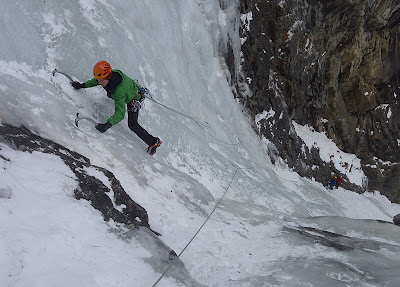 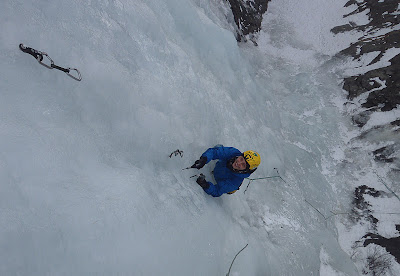 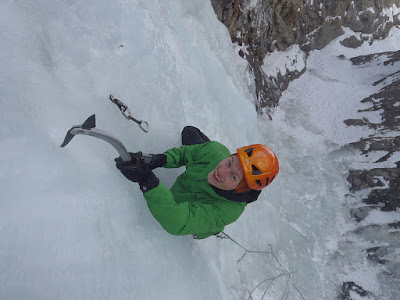 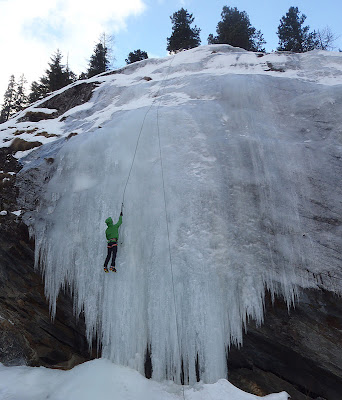 Emil working his technique on steeper more technical ice on the Hose Over!
We found a 30m pitch of ice by the side of the road on the way down from Antares. I called it the 'Hose Over'. It was a great pitch of ice, very steep & technical lower down, which meant that we could really work the technique & have a great finish to the day.
We passed Rovenaud on the way out of Valsavarenche which wasn't in condition, nor was Placche Di Rovenaud the ice routes up & right.
Valaille tomorrow?
Safe climbing
Ade
Posted by Adrian Nelhams at Wednesday, January 25, 2012