We finished up the week climbing Cascade Thoule today in Valnontey, a short walk from La Barme, which worked well as we were heading back to Leysin in the afternoon.

It was he coldest it's been overnight this week at La Barme with a low of -10 degrees last night.

Cascade Thoule's a great route, the guide book gives it WI3+ which I thinks a bit mean as the 2 pitch always forms a short, but very steep curtain of ice which I'd at least give WI4 to.

It was the guys last opportunity to climb today. They'd come so far since Monday, which was the first day they'd ever swung an ice axe! to a point where we'd covered so much & had built such a solid foundation Emil & Mathias were ready to lead there first pitch on their own.

I felt that the first pitch of Cascade Thoule would be a great venue for it. 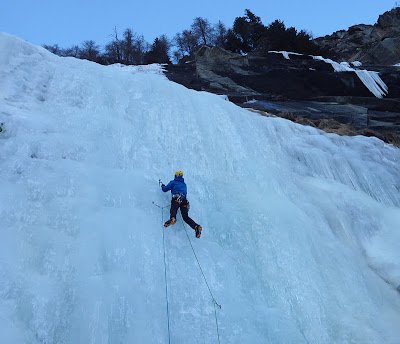 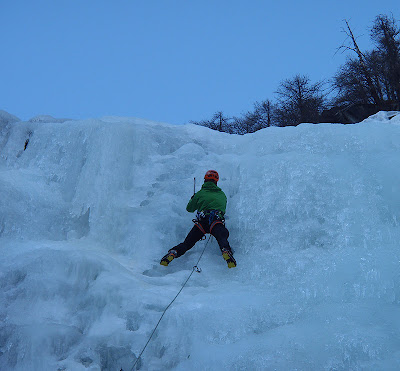 Emil leading his first WI pitch on his own, in control & really working that technique we'd talked so much about - Cascade Thoule, Valnontey
The boys were stoked! 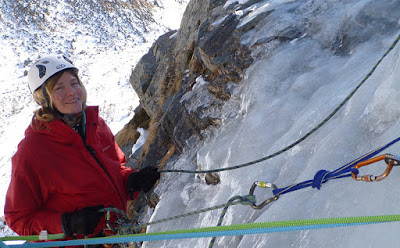 Jennifer did a good job belaying & then seconding Emil on Cascade Thoule, Valnontey 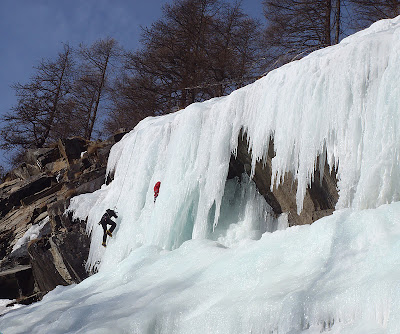 The 2nd pitch of Cascade Thoule which definitely feels more like WI4 when you're on it! 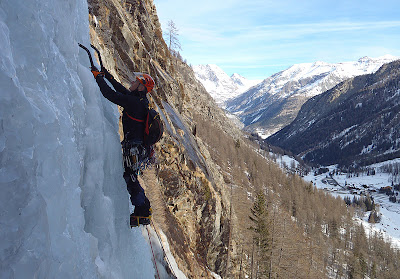 Another team heading up the first pitch of Cascade Thoule - fantastic views down the valley to Valnontey & the peaks beyond.
We had a great week - the boys are already talking about going on their own to Rykan in Norway for a long weekend icefall climbing in the next few weeks, which is fantastic & Jennifer's heading back to Scotland & hoping to get in some winter action there.
Me, I'm now going to enjoy a couple of weeks at home, before I head out to Sovenija which I'm really looking forward to.
Stay safe
Ade
Posted by Adrian Nelhams at Friday, January 27, 2012