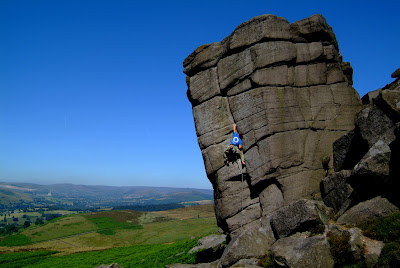 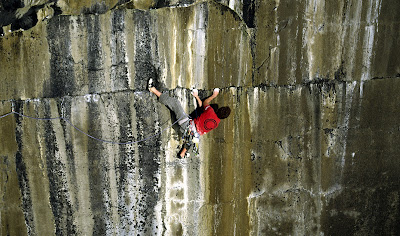 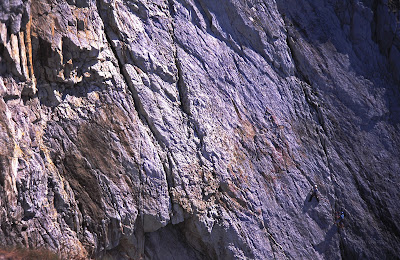 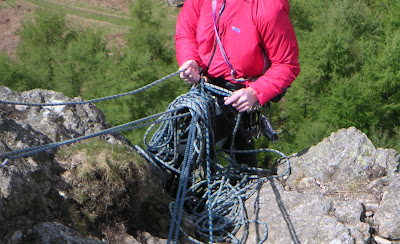 This system is also very quick and super flexible when it comes to lengths and the ability to equalised different lengths easily that a fixed length sling no way can.
This works well when you’re alternating leads, but you need a second robust system if you are leading most of the pitches and want a simple changeover at the belay, an obvious clear point for the second to clip into and an easy of you quickly unclipped and heading off again?
For this system, most people will tend to use a single 8ft sling to join the anchors, equalising them, then tying a knot which then makes the anchors independent and also creating an obvious point for the second to clip into, which in most cases is a loop. If the anchors were further apart then two slings could be used and knotted in a similar way.
But with the recent results in mind, the best system using slings with regards strength has to be using two independent slings that join the two anchors together but without a knot. We don’t use this system very often because the anchors are always in varying distances apart and it not easy to equalise them exactly with fixed sling lengths and it’s also hard to get the direction of pull spot on.
So if you want to make the belay more dynamic then tie yourself into it and then belay from the rope loop on our harness (the loop created when you initially tied on). This allows for more elasticity in the system, which is softer on the slings and anchors. 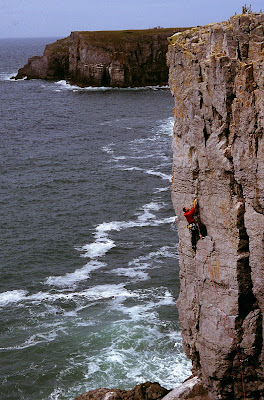 But if you’re belaying direct or belaying two friends/climbers in parallel, at the same time, then using a rope sling is something worth thinking about? It’s stronger and being more elastic is softer on the gear you’ve placed to create an anchor eg ice screws.
I do know that one manufacturer is in the process of creating rope slings without the bulky knots, which is the downside of a rope sling and I guess one of the reasons slings have become so popular. They are stitching the rope ends together (one rope end laid over the top of the other) to try and get away with the bulky knot.
But until that point carrying a few rope slings could give you more options when building a safe belay.
You could also carry a length of cord on your harness say 10/12ft which you could use to join any number of anchors together of varying distances to help create a belay. 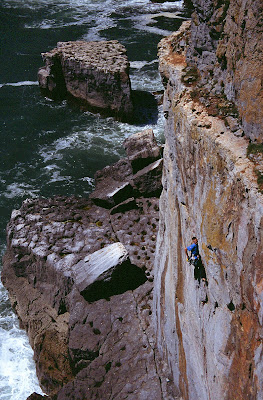 Metolius also manufacture a belay sling which is a number of small stitched loops linked together to create a chain. You can then link the anchors and equalise them using lengths of small stitched slings without the use of knots. The sling is heavier and more bulky but is very robust and strong when used to join anchors together in this way.
You could also use one of these rope slings to create a ‘cow’s tail’ when abseiling, which would also be a lot stronger and essentially more dynamic in any fall factor or slip, than a Dyneema or Nylon sling? You wouldn’t want to take a fall directly onto an 8ft sling with knot in it! 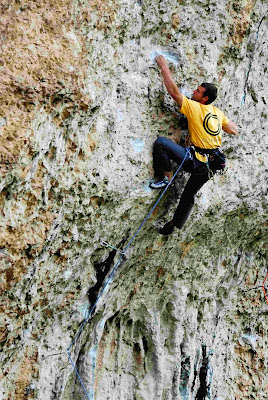 Slings have their place and always will do, over half of my quickdraws, whether I’m in the mountains or trad climbing are 4ft narrow tape Dyneema slings triple threaded to make my quickdraws but can be extended to lengthen the quickdraw to create less rope drag & so softer on the gear you place so not to lift them out or to avoid sideways pulls on the gear in the event of a fall.
Also slings are great to thread being less bulky and also light on the bigger mountain routes.

But if you do use a sling to build a belay then make sure there is no slack in the system & try to also build the rope into it giving the system more shock absorbency.
The recent results and discussions just give food for thought to how we use slings backed up by some test results in a certain situation. Slings are something we take for granted and it doesn’t hurt to keep revising our kit and how we use it.
Cheers
Ade
Posted by Adrian Nelhams at Tuesday, November 30, 2010