Two hours drive west of Sydney is the Grose Valley in the heart of the Blue Mountains National Park, which is regarded as the cradle of conservation in NSW.
Central to the Grose Valley lies an amazing Blue Gum Forest, which was the site of the first major conservation battle back in 1931. 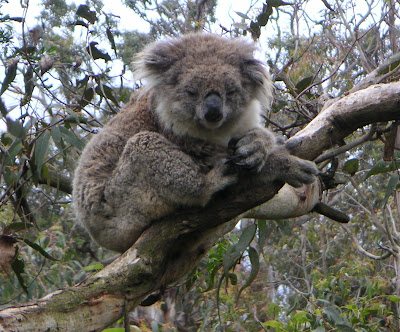 Since then, virtually the whole catchment has been reserved in the National Park and the valley escaped development due to the huge cliffs on either side.
It’s these huge cliffs that inspire and fire the imagination for rock climbing in NSW.
There are only a handful of easy passes in or out of the valley and much of the valley has recently been preserved as wilderness, giving further protection for the forest, canyons and cliffs that make up this amazing landscape.
The ‘Blue mountaineers’ were some of the first climbers into the valley back in the 1930’s. 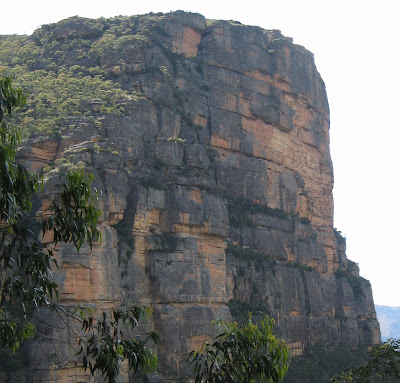 Megadeath Buttress, Grose Valley, NSW
﻿
The most popular area is probably Pierces Pass with routes like the Classic  Smegadeath 215m grade 23 (E3 6a?), Bunny Bucket Buttress 270m grade 18 (HVS 5b) and Hotel California 370m grade 21(E2 5c?)
﻿The climbing's incredible and it's amazing that there’s still so much unclimbed rock in the area. I guess it’s mainly due to the access, which can be hard (many climbs involve abseiling in) and with difficult route finding. Anyone climbing in the Grose knows it's going to be a long adventurous day with a high level of commitment. The potential here for new routes is amazing.

8hrs or about 350km further N/W of Sydney is the Warrumbungles National Park.
This beautiful and unspoilt mountainous region boasts some of the longest routes in Australia. After walking about an hour and a half into the region most climbers camp or use the the Balmor Hut which offers water and a place to overnight and the best time to climb here is either in the Autumn or Spring.
The place is truley amazing and again very adventurous with long routes on Belougery Spire, Crater Bluff, The Bread Knife and Bluff Mountain pictured below. 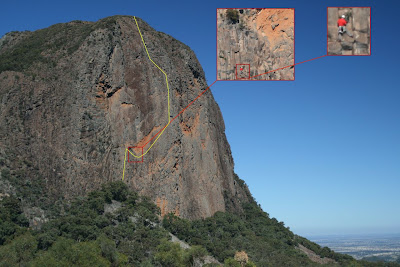 Flight of the Phoenix, Bluff Mountain.
﻿The rocks Volcanic and beautiful to climb on, with one of the classics here called the Flight of the Phoenix 330m grade 18 (HVS 5b)
Australia is just such a real wilderness with few climbers exploring less than half of what climbing potential there actually is there. 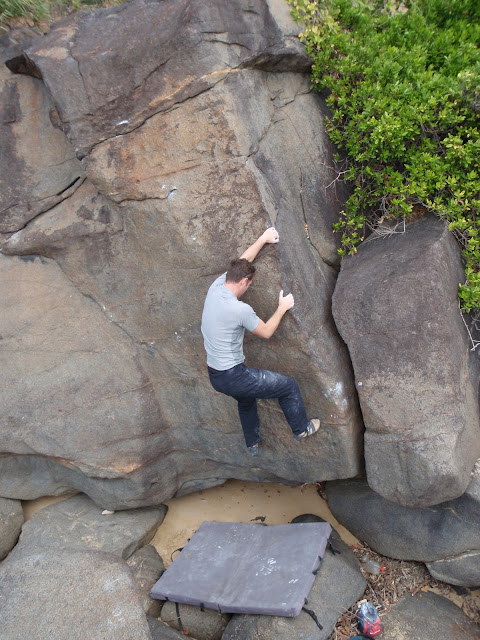 Dean Mounsey exploring the potential up in Northern Queensland 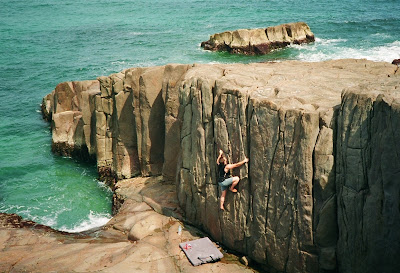 Me exploring some unclimbed rock North of Sydney
Enjoy the sun and go explore.