I had a great day out with Tim on Sunday, when we headed up to the Kirkstone Pass looking for ice. A friend had mentioned to Tim that he'd been up and climbed the left most pillar of three steep ice pitches in an old disused quarry. 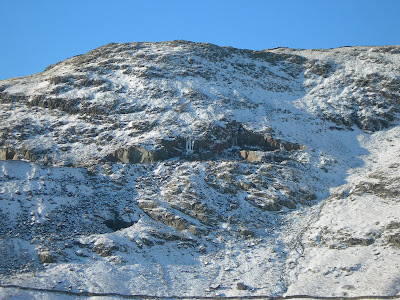 This is the first view of the climbs as we headed up to Kirkstone Pass
﻿
We were both surprised that we hadn't seen these pillars formed before, but in any case we continued up to the Kirkstone Pass, parked and then contoured the hillside and on up to the ice. 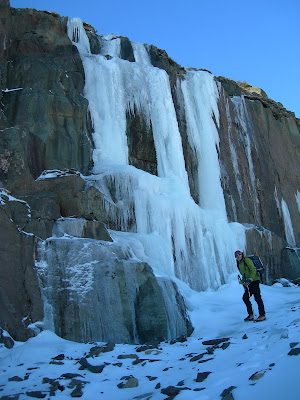 Tim just arriving at the base of the climbs
The ice looked great, well bonded to the quarry walls and in a real cold spot which seemed to get little sun. 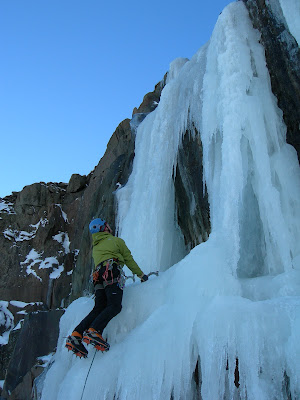 Tim starting up the left hand pillar
On first impressions the quarry looked disused but after a walk about a little later we felt that it may have been blasted more recently? This could also be the reason why we'd not spotted the lines before as they'd never formed before this winter? It's possible that when blasting they've tapped into a water course which with all this cold weather has formed these great ice pillars. 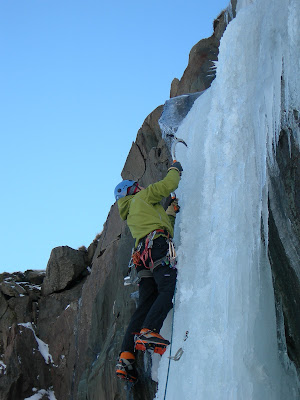 Tim half way up the first left hand pillar
It's a great little spot, with easy walking access and some fun pitches of ice of around sixty foot in length, up to the top anchors. 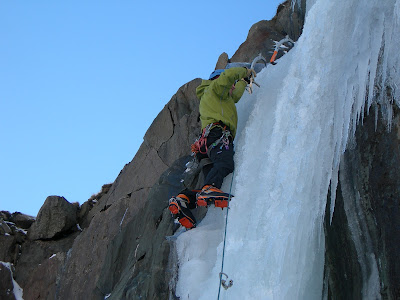 ﻿We only had two screws between us, not expecting this kind of sport and I think we both wished we'd have taken at least one more! 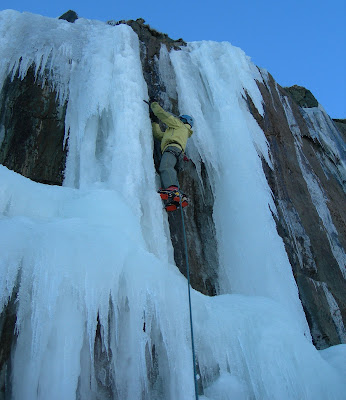 Me leading up the central pillar 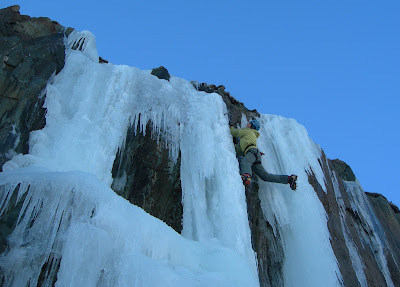 Steep climbing up the central pillar 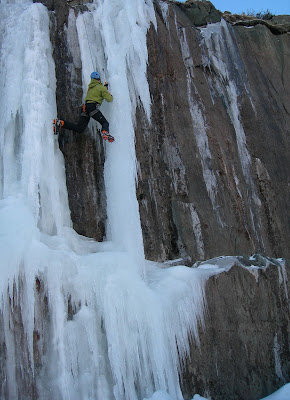 Tim enjoying the third step right hand pillar
Some great, fun, roadside ice climbing her in the Lakes and only a short drive from Windermere and Ambleside - how good is that.
Go enjoy
Ade
Posted by Adrian Nelhams at Tuesday, December 21, 2010