After an evening spent flicking through old guidebooks and notes on new winter routes and crags, Tim and I headed up to check out a small north facing crag which until last Monday didn't have any winter routes on it.

The crag doesn't get much of a write up in the FRCC summer guidebook, but it's North facing and almost 600m, so we thought we'd take a look.

The rock was covered in dry unconsolidated snow, as was much of the lakes, but the turf was frozen solid and ice dripped out of many of the features. 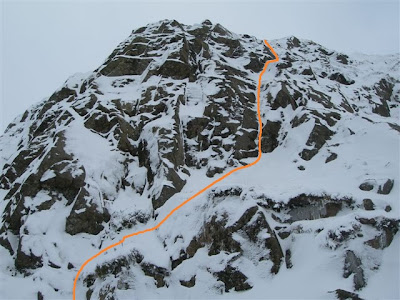 The line of 'Stand Out'
We followed an obvious line just right of centre, up an obvious corner groove which was just chocked with frozen turf and some great ice in the cracks. 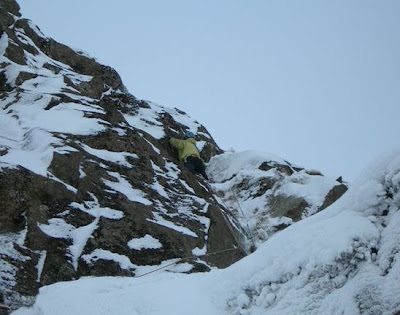 It was a fantastic 55m single pitch route and we graded it 4/4.

We also tried the obvious line up the centre of the face, but the rock needed more of a blasting to consolidate the snow, which in turn would give better mixed climbing and protection, on a route which is essentially more of a mixed rock line. 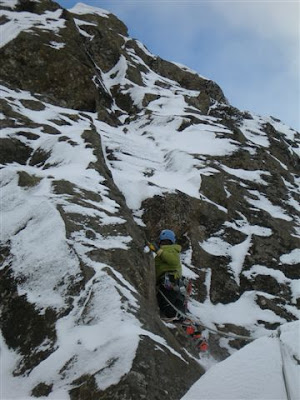 Taking a look at the unclimbed central line

The crag tapered down to about 30m at it's western end with some great looking turfy mixed routes of around grades 3 and 4 that are all unclimbed. 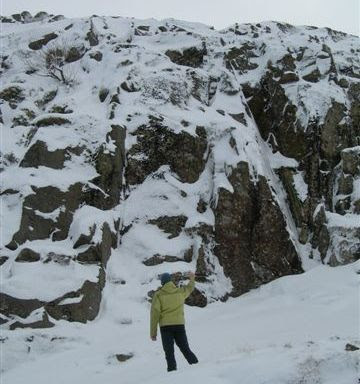