After a late night seeing Weller it was an early start as we headed over to Borrowdale and up to Honister Pass.

The roads were plastered from the night before/little traffic and even with snow tyres, there was no way of getting up the steep road from Seatoller at the end of the Borrowdale Valley and on up to the Pass, so we parked up and walked.

We checked out the Upper Left Gantry Crag and found that none of the routes there were in condition with surprisingly little ice formed. 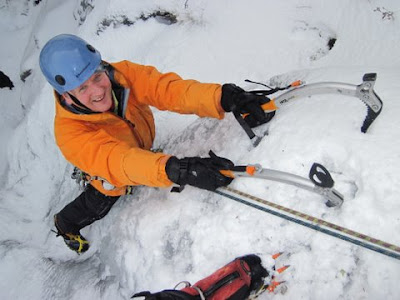 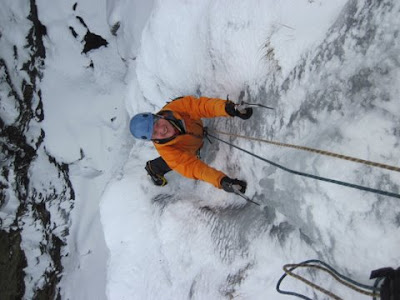 The route was dry and in great shape -  a curtain of 75 degree ice which steepened up to two vertical pillars of fragile, difficult ice. 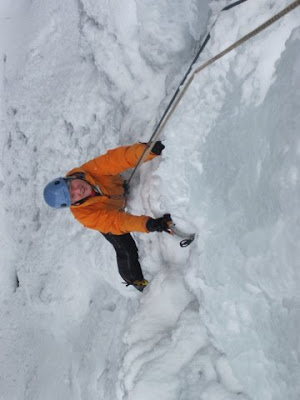 ﻿Fantastic ice and great to be out in the Lakes winter climbing.
Have fun
Ade
Posted by Adrian Nelhams at Sunday, December 05, 2010